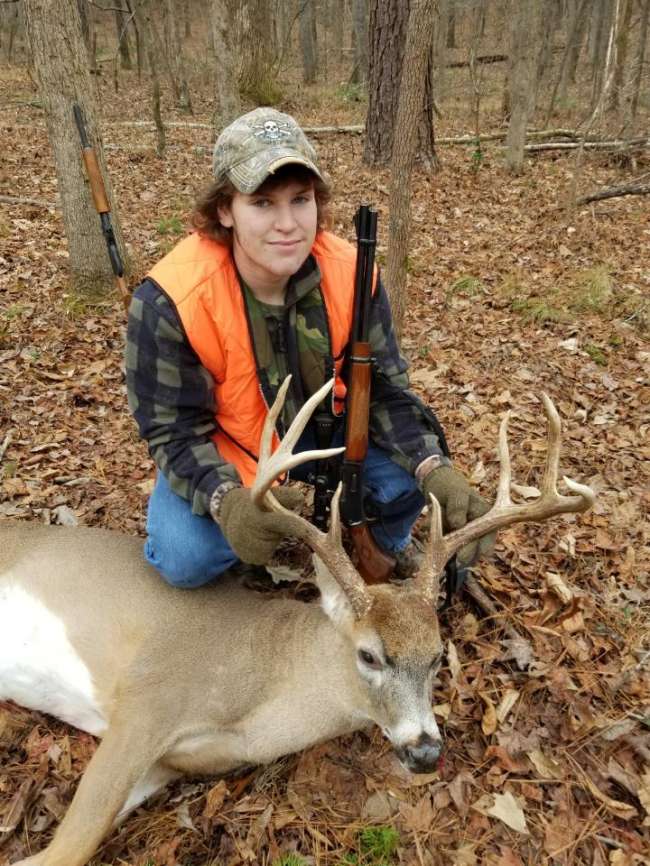 I have been watching this deer for several years on camera and never seen him during daylight hours. Then on December 20, 2019 he walked out into an opening and he was quartering to me and I shot. The buck ran off and went about 100 yards and bedded down then after waiting 30 minutes I began tracking with my father and we ended up jumping him and lost blood and could not find a trace of where he went so we body searched and then gave up looking. The next morning me and my father went back to where he was bedded when we jumped him and found blood and tracked him another 150 yards and found him laying dead within 50 yards of where we had walked the night before trying to body search for him. We ruff scoured him as a 133 inch 8 point and he weighed in at 140 pounds.

Gavin Campbell has not filled this section yet.