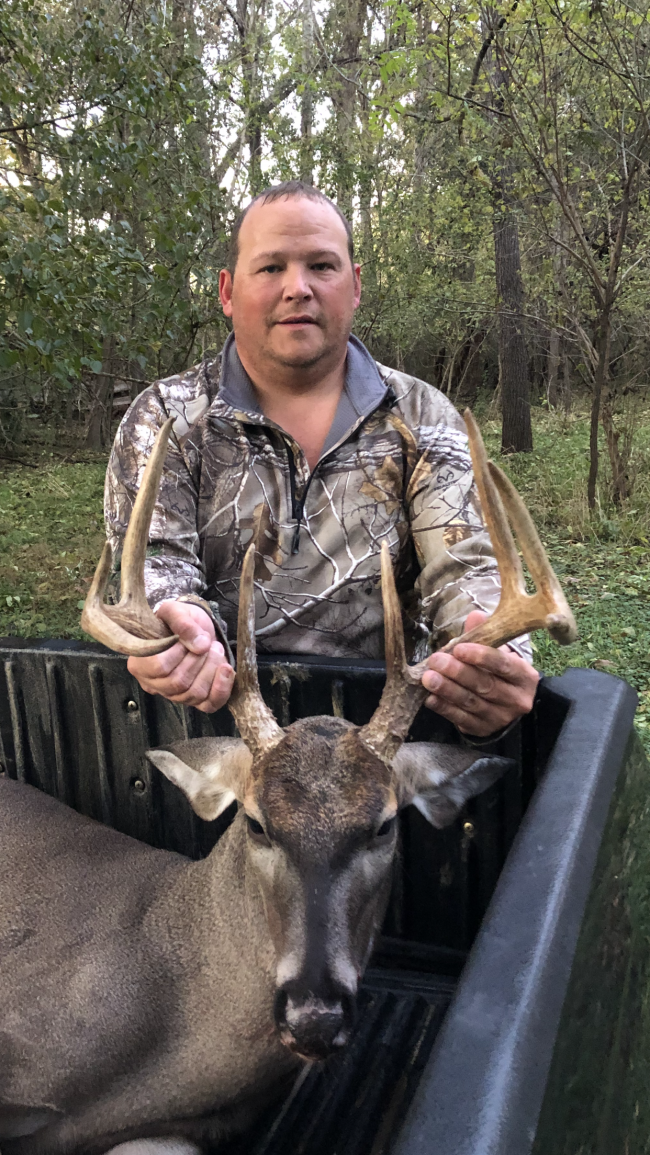 Chas Morton York County - Rock Hill, SC It was November the 13th. I had just got home from work around 3:30 and decided to make a quick hunt that afternoon which is getting harder to do now that the time has changed. I was in the stand at around 4:15 which gave me a little over an 1.5 hours to hunt before dark. It wasn't long after entering the stand that something came running across the hill beside me. I couldn't see what it was but I knew to get ready. It's that time of year where at any moment a good buck can come by. Sure enough a few minutes later I saw the rack coming through the scrub. I got ready and he stepped into an opening at about 40yds and I took it. He has good mass, long G2s and tall brow tines. I had nicknamed this buck Goal Post because of his tall brow tines. This is the second mature buck that I have taken off of this property this year. I had three really good shooters on my hit list and cameras this year and I have now gotten two of them. One more to go after. 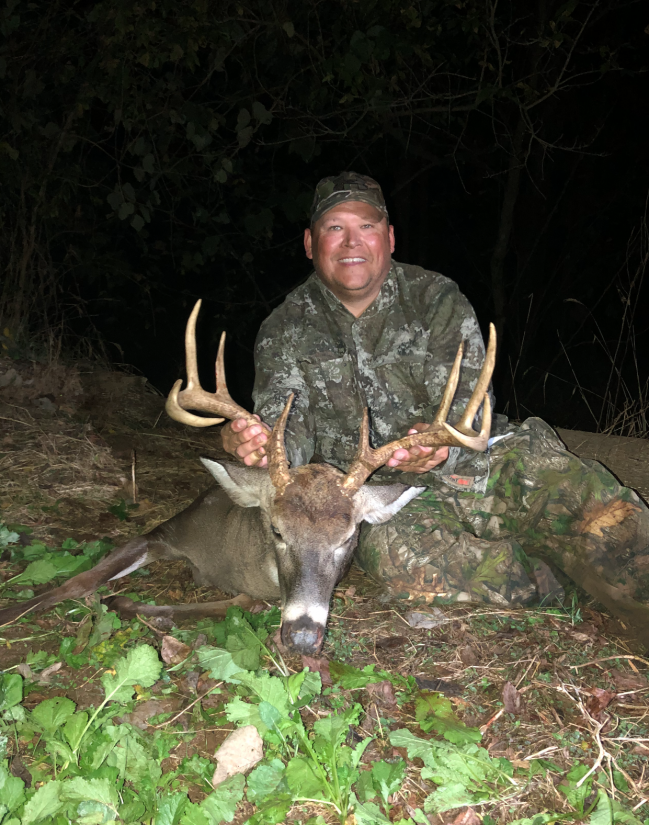 Chas Morton, Rock Hill SC It was a warm afternoon on Oct 27th. I had just returned from vacation around 3pm and at the last minute decided to go hunting. Since I hadn't been hunting the farm for the past week I had hoped the deer wouldn't feel pressured. I got in the stand around 5pm and within minutes I had a 4pt walk into the food plot. He stayed around for 5-10 minutes before leaving. Then around 6pm 4 does made their way into the food plot. They fed around for 5-10 minutes before making their way out of sight. It was only a few minutes after they left that I heard a grunt sound. When I looked up there was this 10 point walking up the creek bank. I knew this buck well and had been hunting him all season. I had one close encounter with him a couple of weeks before. He gave me perfect shoot and I took it with my .270. He turned and ran back across the creek from which he came and I heard him crash in the woods on the other side a few seconds later. It took some work to get him out. He probably went 125 yards from where I shot him and crossed two creeks. I finally got him across the creeks and back out of the woods. It was hard work but he was worth it. 162lbs 10pt. 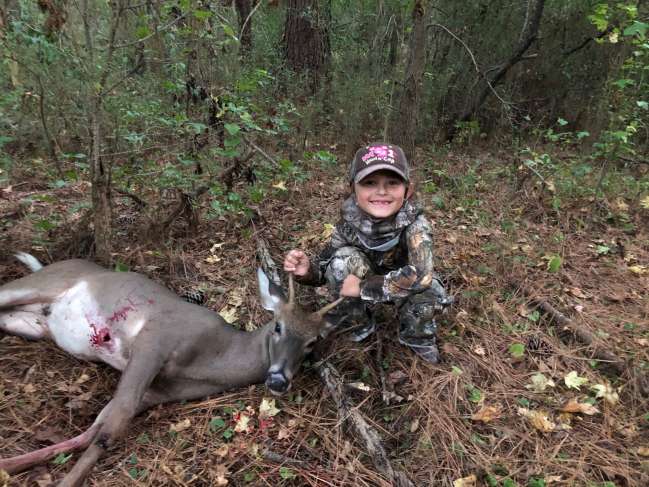 This was the first year for my daughter Kate to go hunting. She is only 6 but wanted to go hunting with her daddy and I wasn't about to say no. My father passed away when I was young so I never got the chance to hunt much with my dad and never killed a deer with him. I never even killed a deer until I was about 19 years old myself. Since my dad had passed away when I was young I had to learn how to hunt on my own so it took awhile to figure it out for me. I wanted to make sure my daughter learned early and had success at least seeing deer to keep her interested if that is what she wanted. We started practicing this summer using my crossbow set up on a Caldwell shooting rest. She got to where she could hit the bulls eye out to 30 yards and I felt comfortable that she could make an ethical shot on a deer up to this range. The first day of the SC youth hunt we sat in a blind over looking a small food plot with a corn pile at 30 yards from us. That first day we had a 7 point come in to the pile but just wouldn't give her a shot. Later on that same hunt we had a nice 8 point show up at the other end of the plot but out of range. After seeing two deer on her first ever hunt she was hooked! She kept asking me to go every day since the first day. So on September the 19th I took her out again for another hunt. The wind was right and we had a little cold front pass through so we slipped back into the blind we saw the other deer in. At around 7pm a spike showed up at the end of the plot. I told her to get ready that he would make his way to the corn pile and that is exactly what he did. We could have held out for a bigger deer but being her first deer I was going to let her take a shot at the first deer that presented us a shot. The spike walked right up to the corn pile and stood broadside at exactly 30 yards. I told her to put the 2nd cross hair on the shoulder and pull the trigger when she was ready. She let the arrow fly and it hit it's mark dead on the shoulder and exited low on the opposite side. The deer jumped up in the air and fell to the ground before getting up and running about 40 yards into the woods where he expired. This was one of the best days of my life. I got to experience something with my daughter that I never got to experience with my dad. I will cherish this moment for the rest of my life and I couldn't be more proud of her. She practiced, she listened and she learned. She did everything right and killed her first deer on her first shot at only 6 years old. This is a trophy buck to me and her no matter how you look at it. So proud!

ChasMorton has not filled this section yet.