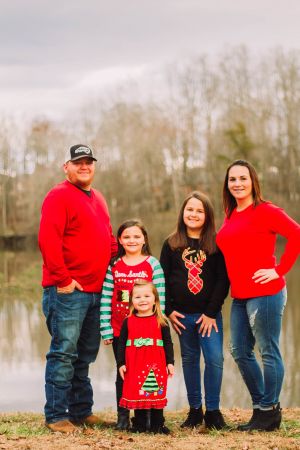 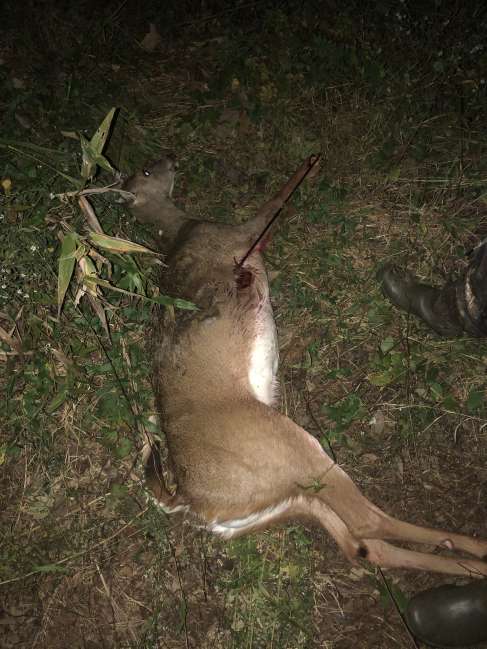 Saturday October 19, 2019 My husband and I had an amazing morning hunt in Guilford County NC. at 7:35am a small 6pt buck came in to the corn pile at 35 yards. From the time he came out of the woods he was on pins and needles. I let him get as settled as possible, drew my bow, anchored in and unfortunately he ducked my arrow. 1.5 hrs went by and 3 does and a button buck came in to 16 yards. I anchored in but when my arrow released it hit a limb and I missed the doe. Moving on to Saturday afternoon My husband and I went back to the same spot. We got a late start at 5:00 pm. About 6:20 pm we spot 2 deer just inside the woods, heading toward the corn pile. After about 10 minutes of them eating away I anchored in on this nice doe. She was quartered away and stood at 36 yards. All I heard was that Rage Broad head Swack and blood starting spewing. It was a blood trail from start to finish like we had never seen before. Arrow and broad head unharmed and ready for another use.I call this doe Redemption. She only ran about 50 yards and crashed hard. Smoked shot quartered away at 36 yards. I tell you what this day of hunting was definitely one for the books and I will never forget. So thankful for my husband for being by my side the whole process, Boneyard Archery for my Awesome Obsession setup, Rage Broad heads. I look forward to the rest of Archery Season. 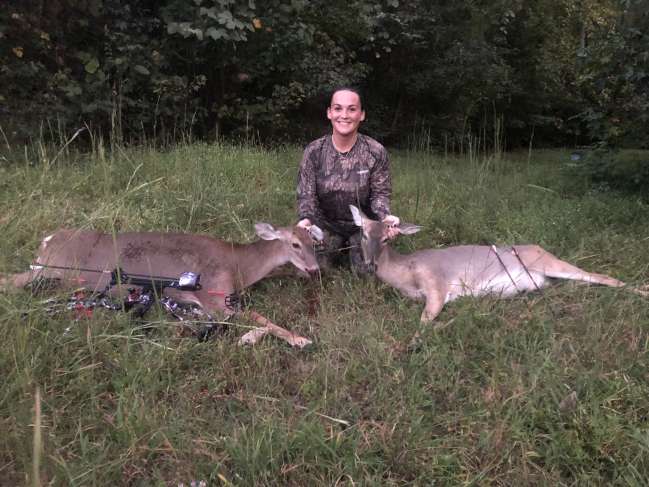 My name is Katie Clarida and I have been bow Hunting for 10 years and I finally had my First Archery Kill September 22, 2019. I doubled down! Both only ran about 80 yards and crashed 10 yards apart from each other! We got both shots on film. Shoutout to Bradley Kendrick for letting us hunt his spot! Jonathan Brown for my obsession setup! Chase Coble for watching our girls. #FillingTheFreezer #Obsession #ArcheryMom #ArcheryWife #FirstBowKill #DoubleDown #RockinghamCounty 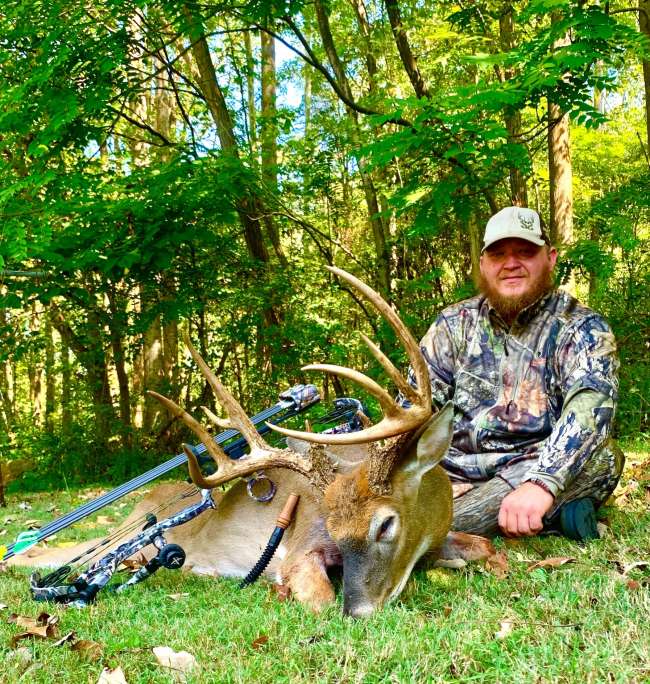 Family that loves the outdoors in any way possible.