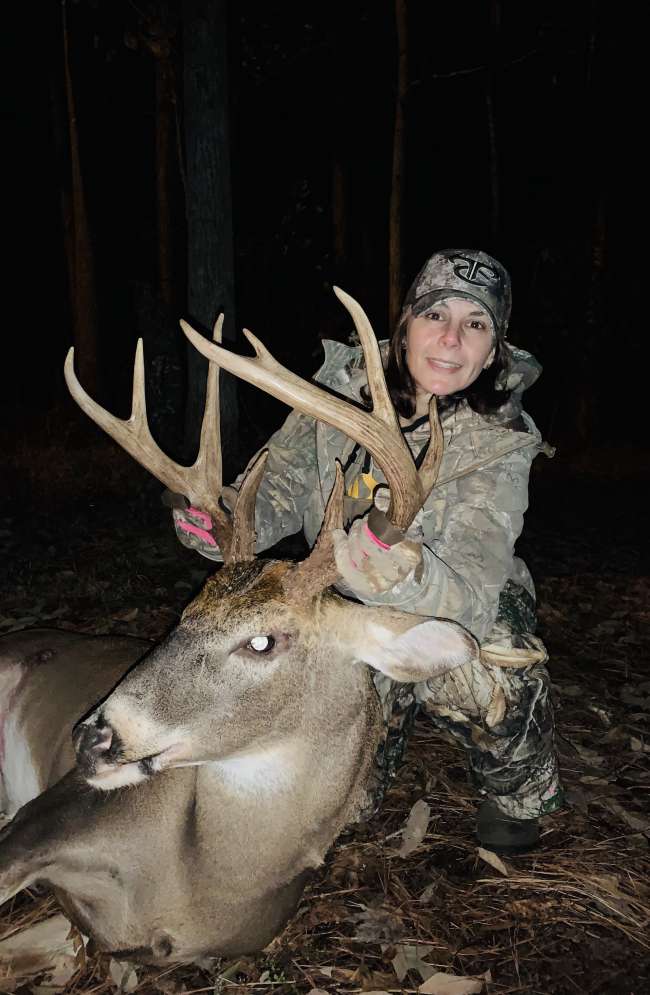 My name is Veronica Backlund and I took this deer in Chatham County, NC. Had him on camera since 2017, when I first posted my 2017 buck 'Stickies McStickerson' on Carolina Sportsman in the Bag-a-Buck contest. Initially, the deer had a very narrow, tall rack; we let him walk and didn't really think much of him till we got him back on camera this year. He popped up in October and my husband named him MC Hammer, 'Hammer' for short. Counted 10 points and he has some really nice mass! He's the 2nd deer I have harvested with the muzzle loader my father-in-law gave me. 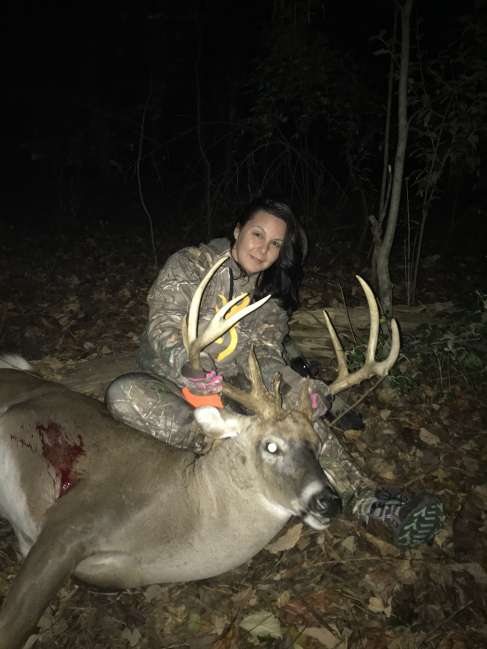 My husband and I just moved to Chatham County and this was our first season hunting here! We watched this buck on our trail camera as he continued to grow during the late summer and lost his velvet. He got the nickname 'Stickies McStickerson' because the unique double stickers just below his right brow tine. We lost sight of him most of bow season but he came back in for the pre-rut activities and has been chasing our resident does. So, to make things fair and square, we coin flipped for the opportunity to take a shot. November 1, I won the coin toss and was fortunate enough to harvest my first muzzle loader buck. Thanks, hubby!

We use Charles Dycus @ Plank Road Taxidermy - he is located in Sanford, NC, which is a ways from Mt. Airy but he does absolutely beautiful work. My husband and I have had him mount 3 of our bucks so far and will keep going back to him every time!

Veronica Backlund has not filled this section yet.