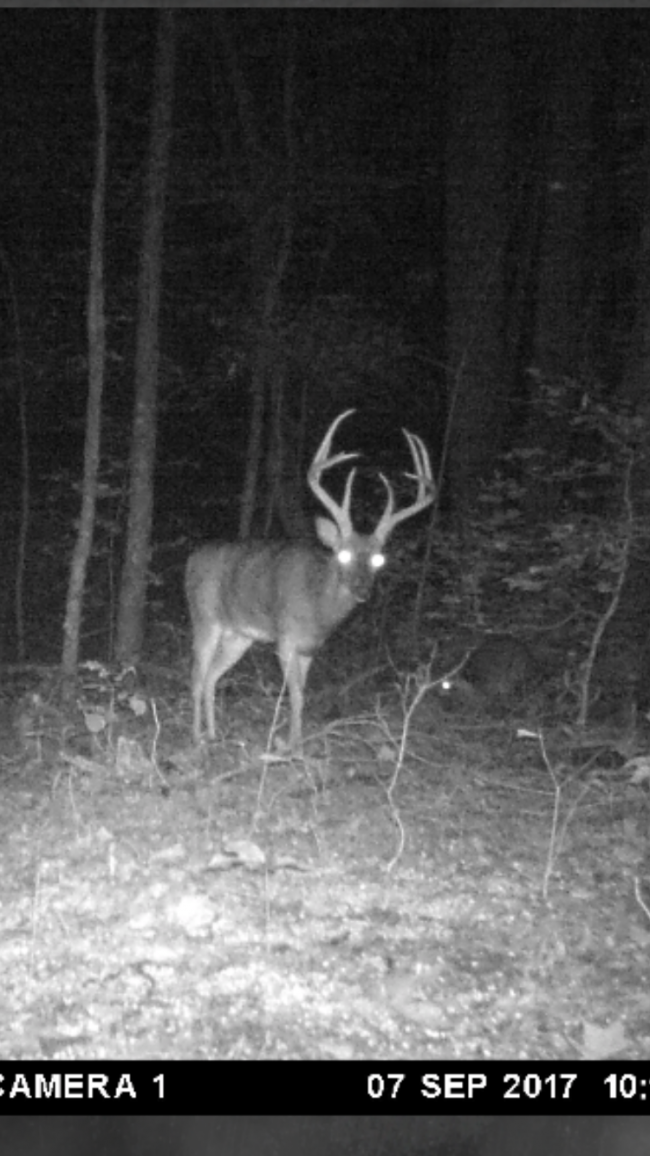 Harvested September 19th. green scored at 154' my best buck with a bow 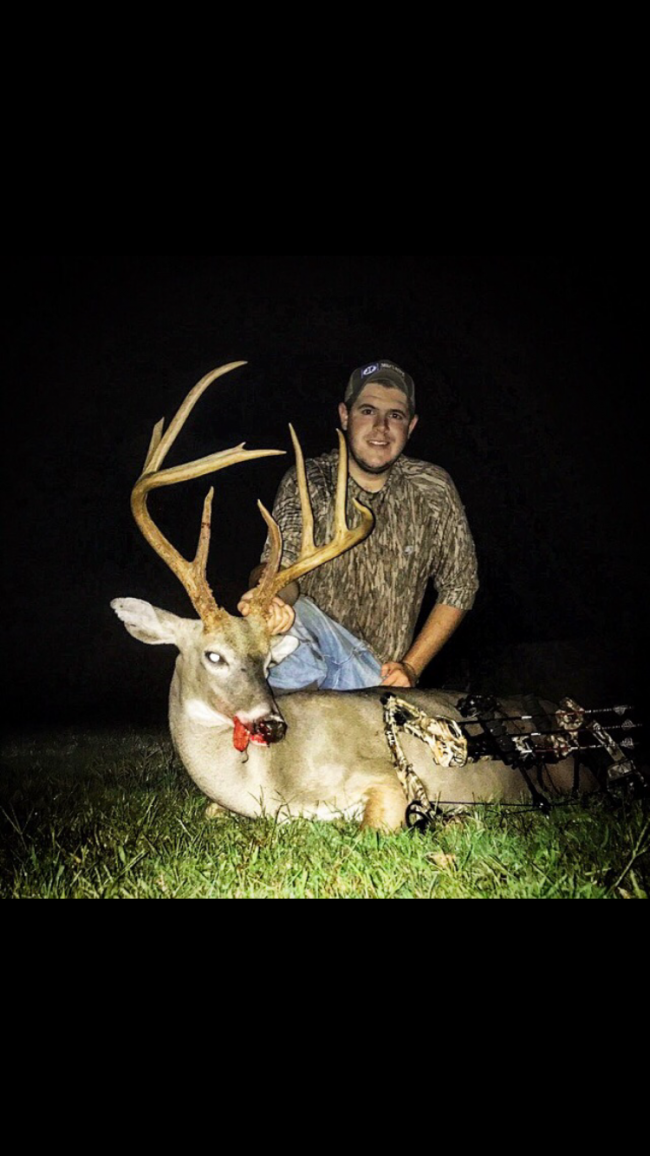 I first got this deer on camera October 5th 2016 as a 3 year old and knew he was a nice buck but he was no more than 130' At the time. I had decided that if given the opertunity I would gladly take him if no other mature deer were on camera.
Well he was only around for about two weeks and he disappeared.
When I started getting his pictures again it was only about 1 week before our bow season started, and I had found his bedroom.
On September 19th 2017 I hunted him for the first time knowing I had the best chances of seeing him in daylight that I had had so far all season along with a NNW wind which was perfect and also not very percistand this time of year. My patience had paid off and the buck could not have been any more picture perfect even down to the time and trail he walked in on. We green scored him at 154'. He's my best deer with a bow and if his score is actuarate he will be my biggest deer to date by 3 or 4 inches.
I'd have to say the hardest part about shoot a buck of this caliber is trying to top it in the future!

Nolan Cole has not filled this section yet.