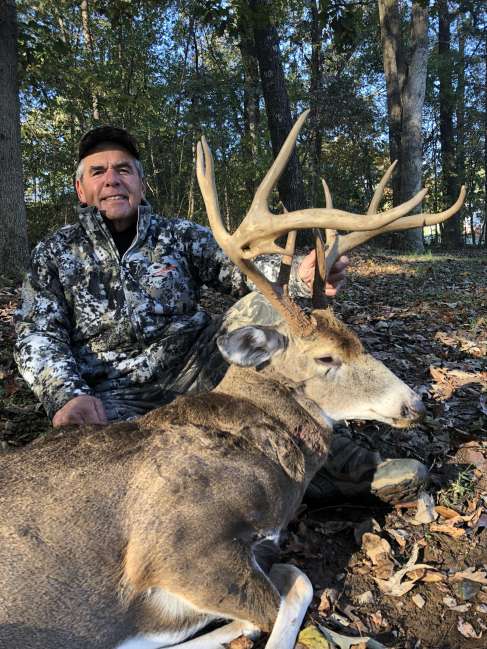 After watching and studying this buck?s pattern for 3 years we finally caught up to him. Having trail cam pics of him in 2016, 2017 , never showed up in 2018 and finally in 2019 him showing up pretty regular. After sitting on this buck for over 31 hours he got it done. With the buck weighing more that 210lbs and scoring 156 inches as a main frame 8 with a couple of extra points on his right side and having a unique hole in his horn it was definitely a trophy. Bud Long 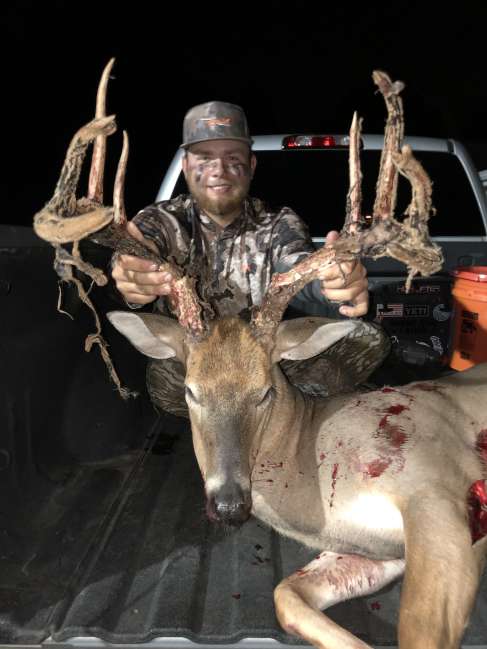 Opening day of Bow season here in Guilford county NC went well for me after I released the arrow on a big 150âs class 10pt I had watched and fed all summer. I had thousands of pics of this deer through out the summer. Feeding him protein and corn helped keep him away from the soy beans. Needless to say it was a great hunt and a great way to kick off the 2019 deer season. 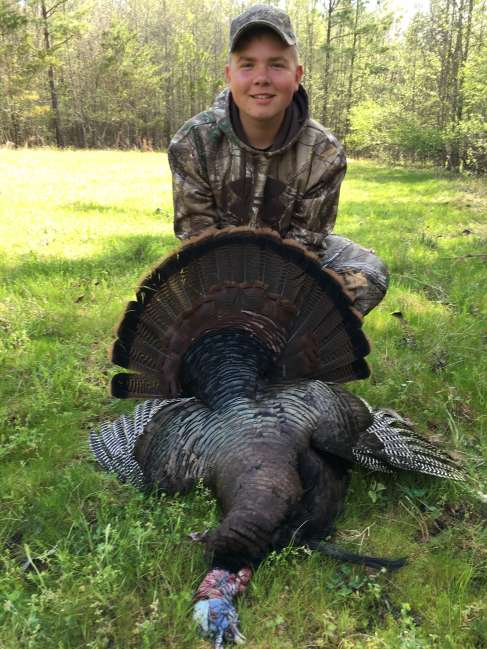 I killed this bird on April 19th in. 11 inch beard. 1 1/4 Spurs. Weighing around 20lbs. After hearing 4 birds that morning, I started working 3 birds but all of them had hens and wouldn&#039;t come. I kept hearing this bird gobble his head off. I knew he was hot. So I got up and started after this bird. After a long walk to get to him, a few yelps and soft clucks on the slate he came right in. 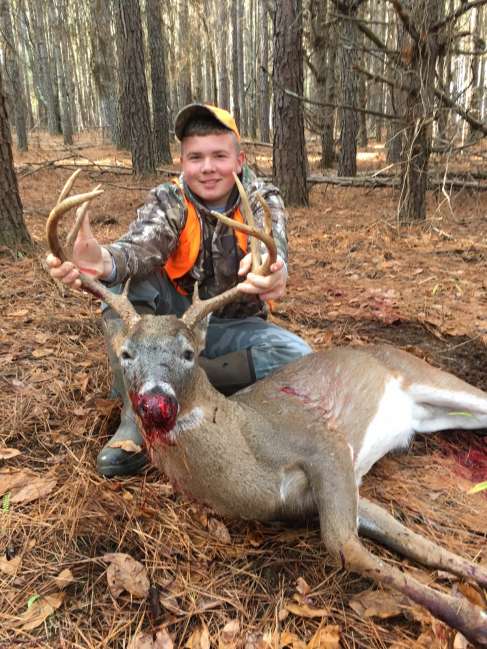 8 point, 18 1/2 inches wide, 10 inch G2. The was actually my 2nd encounter with this deer. I seen him opening day of muzzelloader and took a shot at him and missed him. We looked for the deer every time we hunted in that area but he was no where to be found. I was sitting the ladder stand on 12/5/15 and the deer walked out and gave me a 45yd shot and my ruger 270 laid it to him. I found him the next day 50yds from where I shot him

Ryan Long has not filled this section yet.