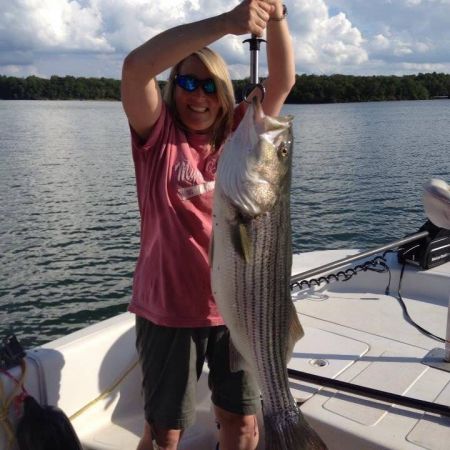 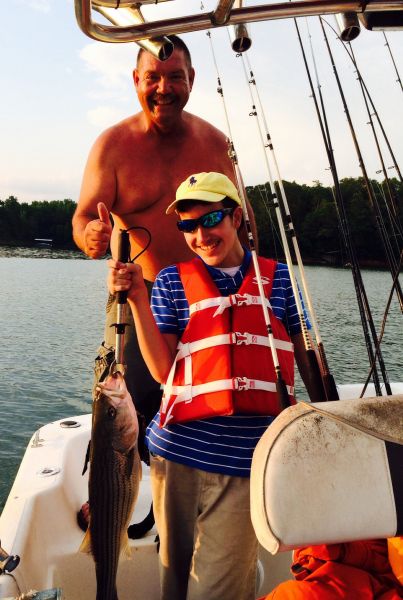 Mikey got his 2nd Striper and it weighed in at 9 pounds!
He caught it on Lake Hartwell, trolling !!!
Autism hasn't slowed this 15 year old down, as he loves fishing !!!
Mikey is so happy! 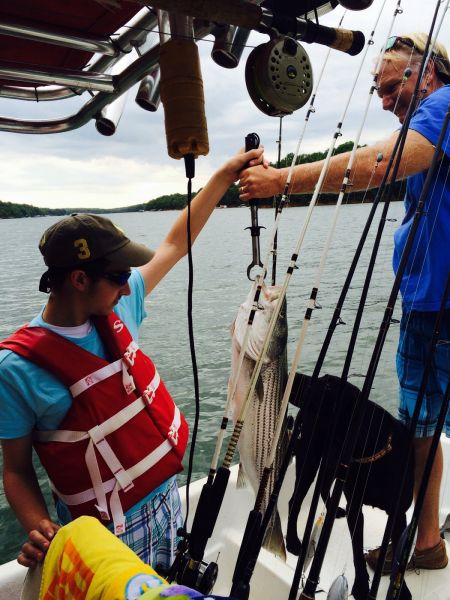 Mikey Dorfman catches his 3rd Striper so far and it weighs in at 18 pounds! Mikey caught this Striper at Lake Hartwell, while trolling!
Mikey Dorfman is 15 years old and has Autism, but that hasn't stopped him from having fun catching Stripers! Mikey has caught a 10 pounder, a 9 pounder, and an 18 pounder, all within the last two weeks! He is one happy fellow right now !!! 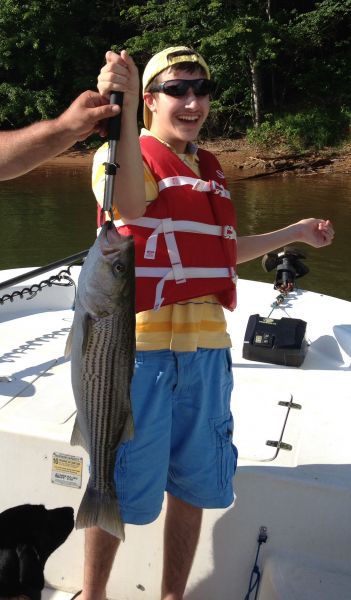 Happiest day if his life !!!