Kobe Windsor got it done on the last day of rifle season in caldwell county with this nice 8 pointer. He has let many young deer walk this year waiting on a nice one. 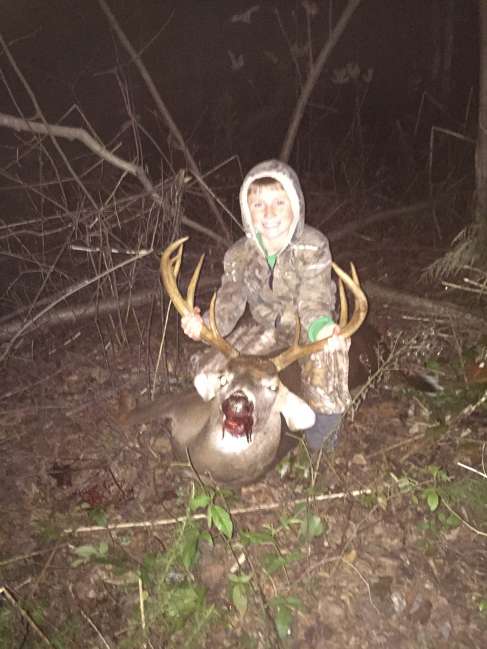 It all started on opening day rifle season. We headed to a stand that we had never hunted this year early that morning, but before we could get there deer started blowing at us. I told my 9 year old son Kobe that we need to turn around and go to a different stand. We saw several deer that morning but nothing he wanted to shoot. That afternoon we returned to the stand we tried to get to that morning. We had several does come in to the field. Just at dark I heard a deer crashing threw the cutover. I told Kobe to get ready for I felt a buck was coming out. To our surprise this stud appeared and Kobe squeezed a .260 round through the vitals. Kobe has hunted with me scene he was three, we love being in the woods together and he loves the outdoors. He killed his first deer when he was 5 years old. Kobe Windsor, killed this buck in Iredell county NC on 11/17/18

leewindsor has not filled this section yet.