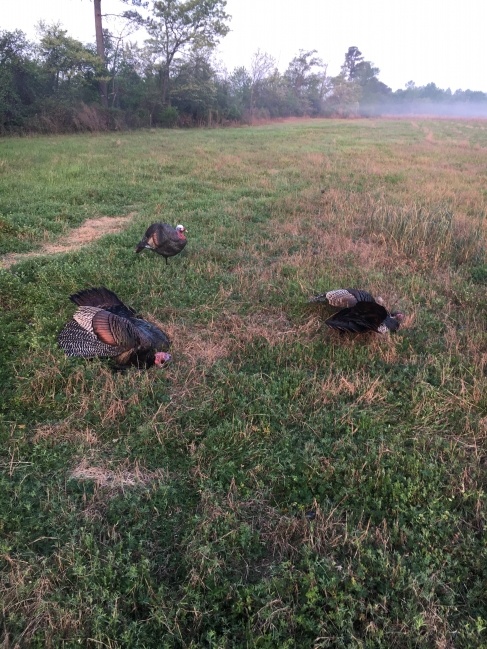 This is my third season hunting turkey in Nc and the first year I though I was lucky when on the first trip out me and my buddy both got one within 30 mins of being out. Last year didn't hear or see a thing. This year same thing as the first year something you never would think happened once, happened twice. Me and my girlfriends dad went out and got in the blind and within 4 mins boom we both got one. This year was a little ruffer though since I had just had surgery on my elbow. I didn't even bring a gun I was just suppose to help call them in since he's never been before. After he poped his the other one started to spur the one that just went down. So I took his gun and shot left handed and took the other one. Oh both times this has happened all birds were over 18 pounds and beards were 6' +. So as I sit here and say never again I guess you'll never know

Donnie_Eldridge has not filled this section yet.