Does anyone have any reports/sightings of wild hogs along Town Creek in Brunswick County, or anywhere in the Winnabow area? Thanks 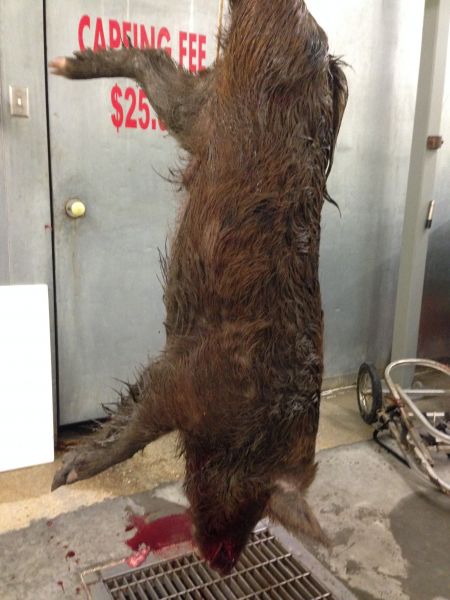 Been getting this boar on camera for a while, finally got him to come in while I was in the blind. 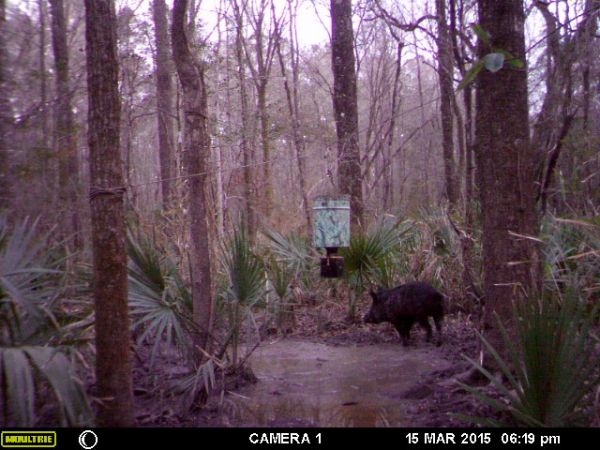 Trying to get my son and my brother's GF on some hogs. These showed up this past week down in SC, hope they can get a couple of them. 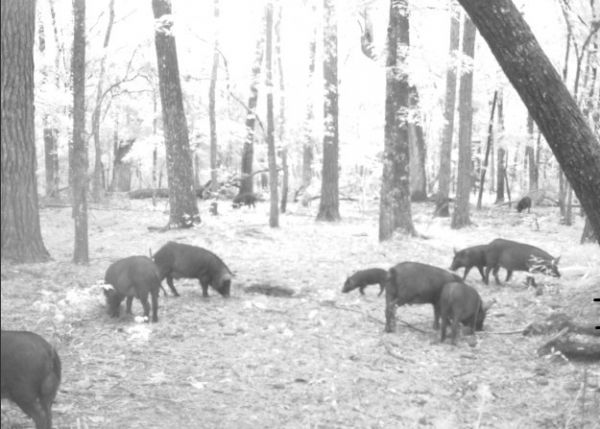 Here is a pic from a few days ago at one of my stands in SC. Most of the hogs are feeding under my feeder, but the ones in the background are either feeding on acorns or muscadines. They have a large area under a couple of old live oaks torn up. I noticed some green muscadines on the ground so am not sure whether they are after them or the acorns. Pic was taken around 4:00 PM on 6/28. 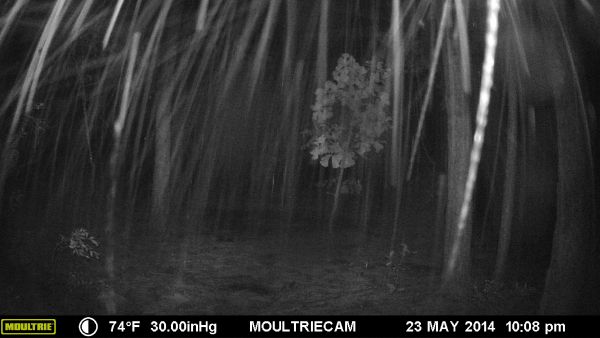 Got these pic at my club near Georgetown, SC last Fri night. Had about a 30 min hail storm which showed up on the trail cam almost like fireworks. The other pic is a nice boar that came in a couple hrs after the storm. I was on that stand Sat morning but only saw 3 small, 50-60#, hogs. 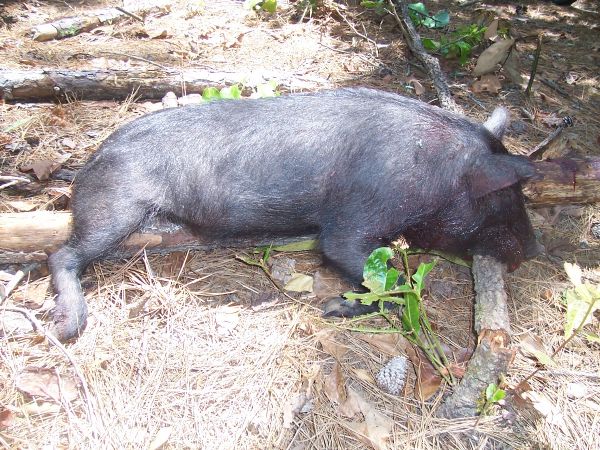 Went down to the club land Wed evening after work to put out corn for the weekend. Walked up on several hogs at a wallow and shot a small boar. Then Sat morning, 5/17, sat in a ground blind overlooking my corn and shot this ~40-50# boar. There were a couple larger hogs both times, but since I was by myself I pulled the trigger on a smaller one. Much easier to field dress and get out, plus I have been wanting a couple to roast whole. I did see one huge boar Sat morning, but only briefly, think he got a whiff of me and he ran back into the swamp. Sat morning was a good time to be on stand, very cool and not too much wind. 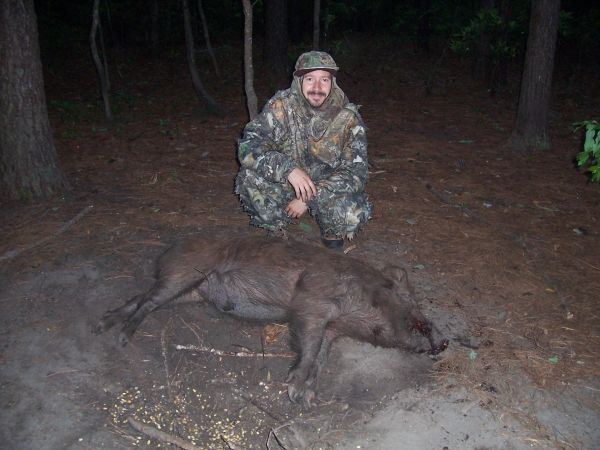 My son shot this boar at our club in SC this morning. He had planned to hunt a ground blind over looking a corn hole, but as he slipped in just after daylight he caught this hog in the bait pile. A head shot with his 243 put the hog down in it's tracks. I'm grateful I got to watch it all from just behind him. BTW, the time on my camera is incorrect, it was around 6:30am. 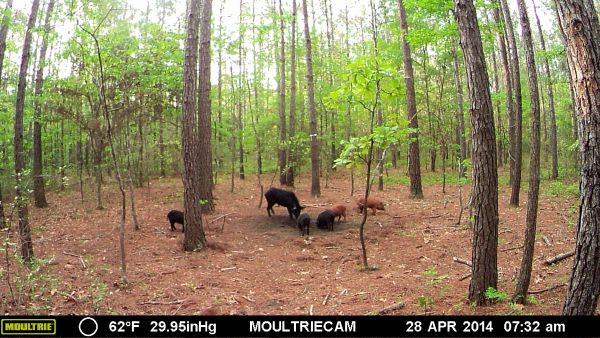 Anyone interested in joining a good club in SC for hog and deer? I live in Wilmington and recently joined a club near Georgetown that has lots of hogs and deer. It's a 2+ hr drive and would like to find someone locally to hunt there with sometimes. It's mainly an archery club, but you can gun hunt hogs after deer season goes out. Resonable club dues, $300.00, and lots of land and nice camping area with shower house. Many of the members have permanent campers there. If interested or have questions, drop me a line.

Looking for a place to hog hunt between Leland and Whiteville. Any suggestions or anyone want to help scout out some of the game lands in that area. If anyone knows of a good club that has hogs, still hunting preferred, I would be interested in that as well.

There are suppose to be in all NC counties now, but from what I've seen and heard the majority are in the eastern part of the state in the swampy areas.

I would like to see a more active site also. I will try to start posting more myself.

Nice hog, I'm sure he was excited.

Soon! You need to get down and look at the club. Either my son or I have killed a hog the last 3 times we've been down. Maybe I'm starting to learn to hunt them a little more. This group have been showing up on the trail cam every day between 11:30 am and 1:00 pm. I had already decided to sit the blind until 1:00, they showed up at 12:55!

Congrats on the hog.

Was mainly looking for someone who lived around Wilmington to share some trips with. However, if you're just looking for a good place to hog and deer hunt please check it out. I usually go there by myself and it would be nice to have someone there at the same time in case either of us needed help getting an animal out.

Georgetown is about 35 miles below Myrtle Beach, 115 miles from Wilmington.