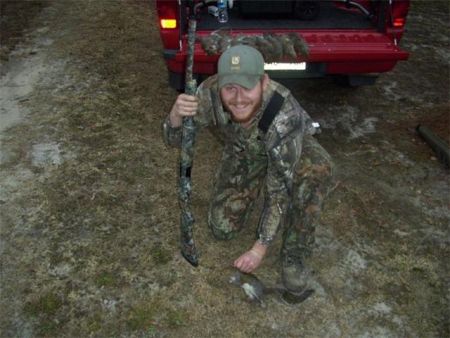 User Name
PiedmontBoz
Member Since
December 28, 2011 at 8:08am
Age
37
Location
Belmont, NC
Hunts For
Deer/squirrel/Really anything if given the opportunity.
Fishes For
Anything that will bite
Organizations
NRA,Mason's,Buckmasters and Forest point church.

hunt club in response to a report titled:  Need a hunting mentor 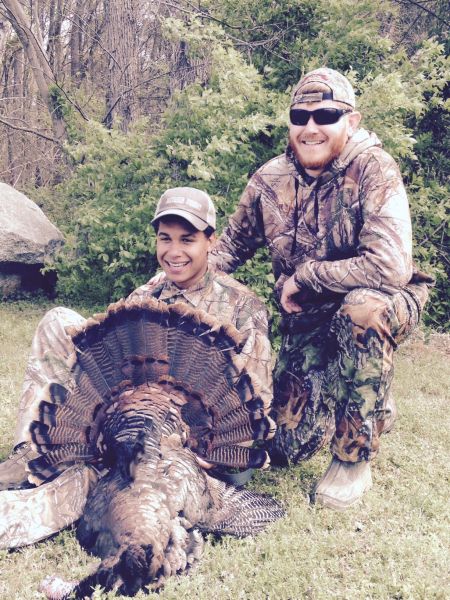 Cam was the recepiant of this years youth turkey hunt. It was a long windy day but we finally got him on a bird. 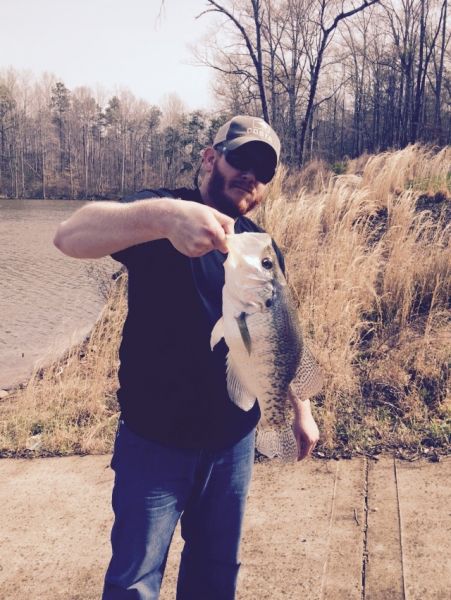 I caught this slab on minnows in a private lake in Stanley, NC were I hunt. Guessing he weighed a little over 3 lbs. 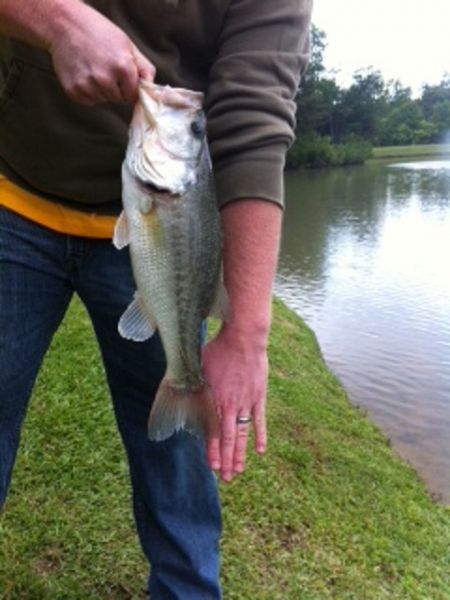 Cought this big boy in a gated community in Gaston co. Used a white trick worm with no weight using my ultra light rod. It bent my rod so far I wasent sure if the rod was going to hold up.

I received my first issue of NC sportsman as a subscriber yesterday. My wife said the guy on the cover looks a lot like me; I said that would be awesome to be on the cover one day. So Im flipping thru pages and on page 113 on the bottom of the page there I am. Man how cool is that I feel like a celebrity, I made copies of it and put it up at my desk for everyone to see. Maybe one day I will make the cover but for now Ill settle for the back, its a start. If anyone is wondering if I will be at the classic to sign autographs the answer is yes. 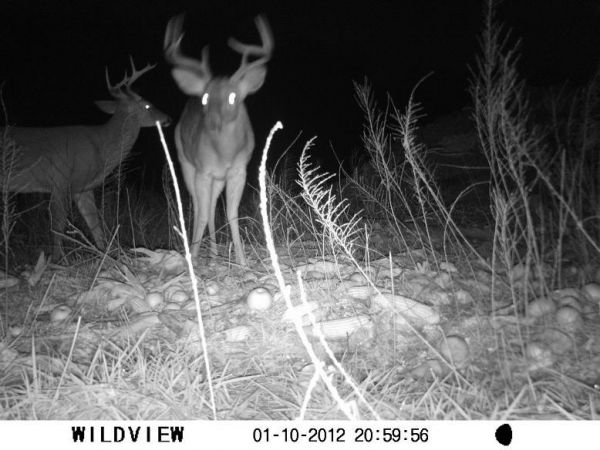 I hope these boys show up next Sept. Its killing me waiting on Sept, but its like christmas every time I check my camera. 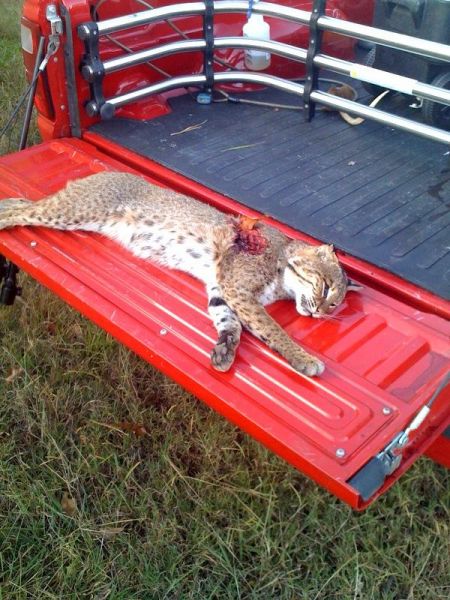 I picked up my Bobcat last night from G&G taxidermy. I shot him last year in Union co. 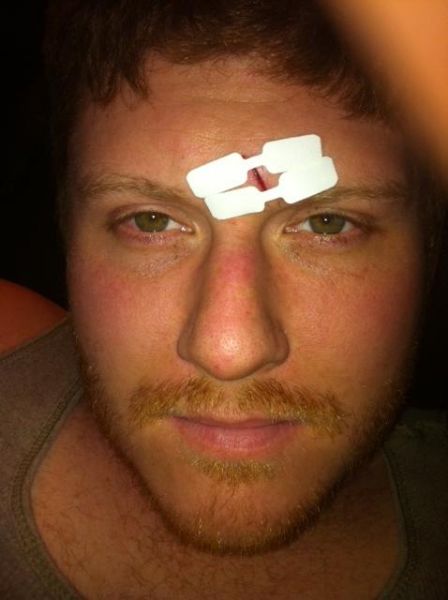 This happened on the last week of deer season. It had gotten dark so I climbed down out of my stand and was heading back to the truck. I could see my truck off in the distance and a deer about 30 yards to the right of it. I thought well this is perfect I will shoot that deer and just throw it in the back of my truck and be on my way. I thought to myself its probably a little too dark to shoot but I thought I will bend the rules just this one time I know tons of people that do it. I lined the deer up in the cross hairs and BOOM!!!! After opening my eyes I realized I was laying flat on my back and looking up at the sky and my face REALLY REALLY REALLY hurt. So I stumbled back to my truck to clean myself up and look for the driver of the truck that just ran over me. I had a bloody nose and a nasty cut you can see in the pic and the next day two black eyes. The lesson I learned was dont do stupid things if the rules say something then thats what you should follow. I hope everyone got a good kick out of this and remember if you break the rules God will strike you down. Also it was a clean miss Im sure the deer is still laughing and telling all his buddies about the jack leg that shot at him and knocked himself out. 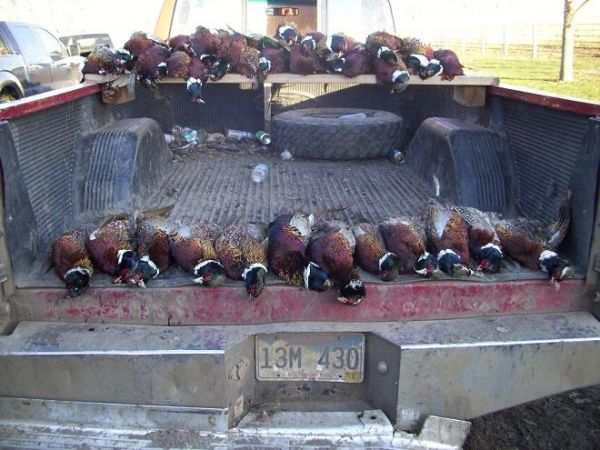 Here is some pics of a trip I took to SD last year. If you have never gone pheasant hunt you should. It's funnest bird hunting I have ever done. Nobody get mad at what I said I have never turkey hunted. 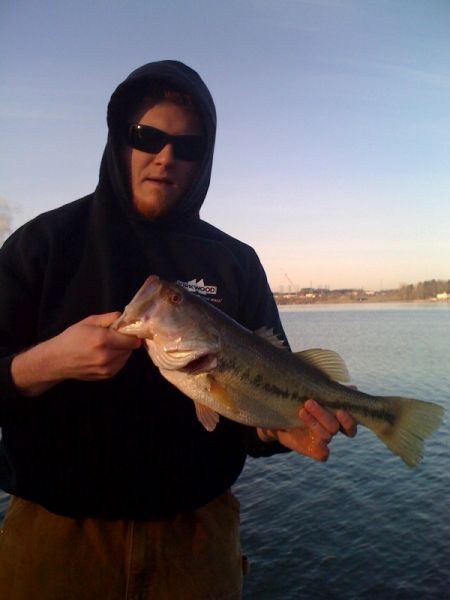 Not the biggest but i was still proud of it. My hands where so cold it took my 30 min to get my crank bait out of the net. I hate when that happens. 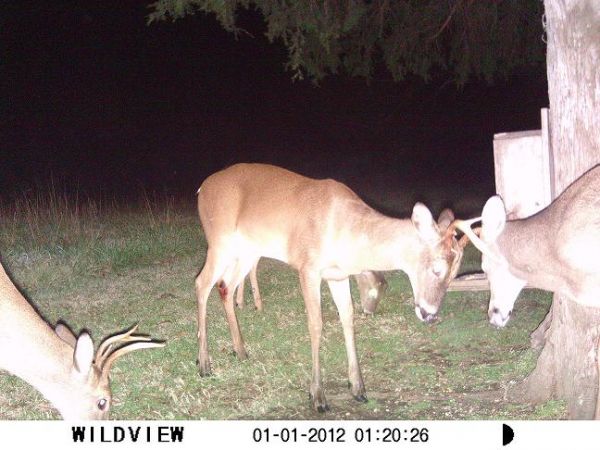 Look at the glands on the back legs.

The season is over and Im already gearing up for next year. I purchesed a trophy rock from bps a few days ago. Has anybody ever used this product or have a suggestion for winter supplements? I would love any advice, this is the first year I've had land I can do something with like food plots etc. I hope everybody had a good year and look forward to your advice.

Has anybody ever participated in the urban archery season. My father in law lives in Kannapolis and feeds the deer this time of year, he has a few good bucks on camera. I was wondering if anybody else has had success? The numbers the state puts out arnt very good. And this time of year is real slow I cant imagine Jan and Feb. 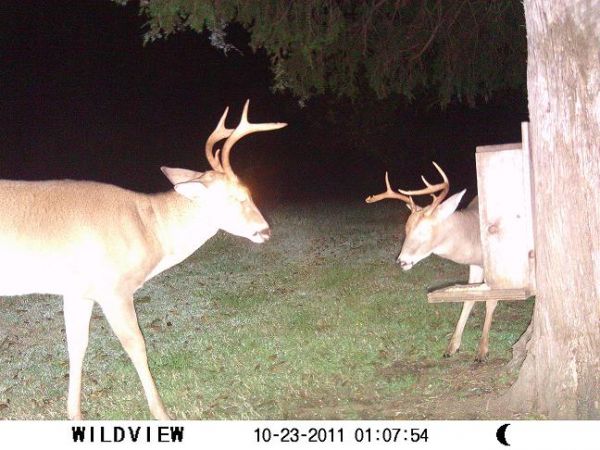 December 28, 2011 at 9:14am
A comment titled: hunt club in response to a report titled: Need a hunting mentor

If you dont mind spending some money, join a near by hunt club. They are always looking for members to join; you can find one on this site or on craigslist. If you can a piece of private land to hunt you will have more hunting buddies then you can shake a stick at. My best advise is be safe, read a lot and just get out there. Every time I go out I learn something even if Im by myself. Just remember to be careful.

January 20, 2012 at 1:42pm
A comment titled: nasty scar in response to a report titled: Next years studs

GT-It made a nasty scar, but its healed up. If I get one of those bucks next year it will have been worth it. Dublin-I plan on feeding them corn until it warms up and I can get some food in the ground for them. Keeping my fingers crossed they stick around.

I shoot a 270wsm, Mike at G&G said it wouldnt be a problem to fix that hole. I was very pleased with the patch work he did. He has also done a fish for me the turned out real pretty. If you ever see the show chasing creation he does the taxidermy tip of the week. Good guy.

January 13, 2012 at 3:05pm
A comment titled: Scars are cool in response to a report titled: Laughing now not when it happened.

GT-I tried not to tell anybody at work but all the old guys knew what happened and blew my cover. They all shared with me when they received there badge of honor or did something equally dumb to make me feel better. I put it in my memo pad under things not to do. Right under dont hold your arm to close to your bow string.

GT-I plan on turkey hunting one of these days. Its just hard for me to find any free time in the spring. Im sure I will enjoy it. Diane-They are pretty i dropped the one i was holding off at the taxidermy and i never heard from him again. win some lose some.

Way to show up my lake wylie bass! My family has some land on the west end of lake fontana. I know the fishing is good up that way have you ever done any hunting? Real nice fish.

It looks like it has a tail. Probably a house cat.

December 29, 2011 at 9:46am
A comment titled: Late Jan in response to a report titled: Urban archery season

Next time I'm up that way I will try to get a hold of the lady that owns the land and see if we can do that. I have tons of pics of huge bucks that have been living a urban life. I wouldnt mind giving it a try.

I have been a long time on looker of this site. I check it out 3-5 time a day just to look at the forums. I to hunt in Gaston and it has been dead since after the first week of rifle season. Im not sure if its the weather or something else but it seems like we didnt have a rut this year, I know we did but I just couldnt tell you when it was. Last year the week of thanksgiving everytime you saw a doe a buck wasnt far behind. I have hunted harder this year then any year before and it has been the least productive year yet.

I enjoy anything that's outside it doesn't have to be hunting or fishing but that's what i prefer.