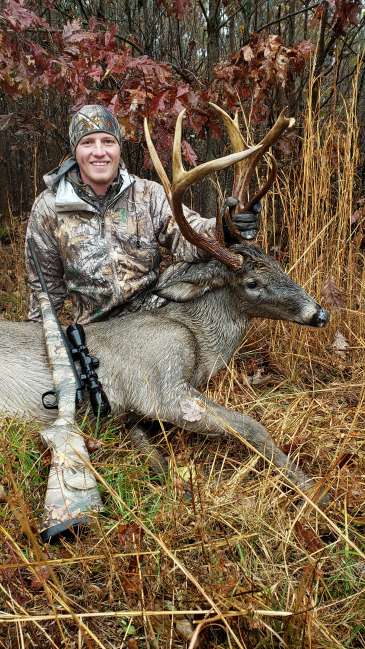 I killed this gnarly racked rascal on Saturday, November 23rd at about noon! I watched several does and younger bucks during the morning hours but movement slowed down as a heavy rain set in. I was checking the radar for a break in the storm so I could get back to my truck, when this joker popped out of the pine thicket about 70 yards away! The character in his rack along with the size and shape of his body told me this was a mature deer and definitely one that I wanted to harvest. I made the 70 yard shot with my .270 and after a quick tracking job I had my hands on the most unique rack I've ever laid eyes on! I feel blessed to have a chance at a buck so rare 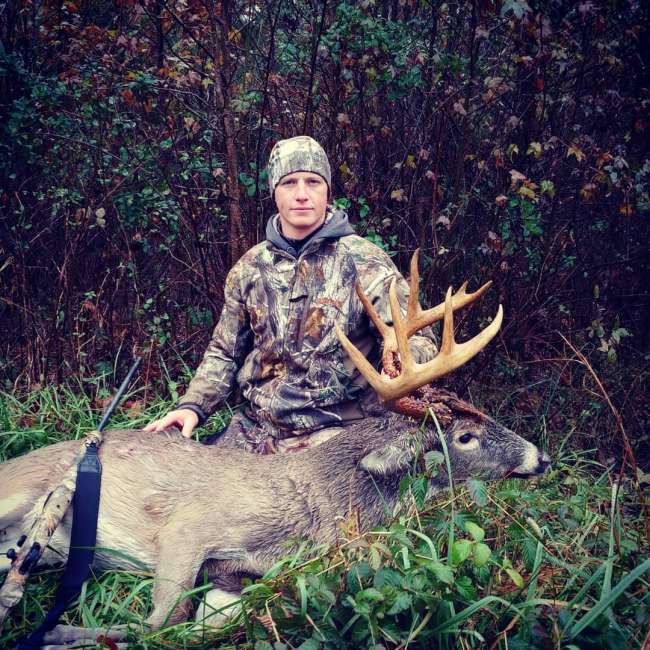 I killed this fine buck on November 15th at 12:30 PM after a cold, wet, windy morning in my blind. I stuck it out because I felt like the deer would get on their feet after the front moved through. A doe was in the field when he entered and he went straight for her, presenting me with a broadside opportunity. I shot him with my .270 and he ran about 60 yards into a thicket before piling up. We didn't weigh him but his gross score is a tad over 140 inches, making him my best buck so far! 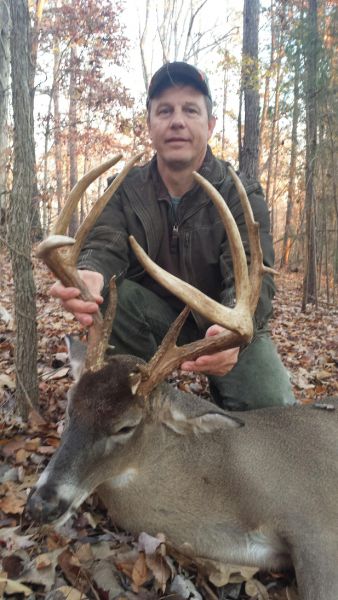 My dad killed this mature Randolph county 11 pointer on November 22nd. The buck was tending a doe and offered a perfect broadside shot. Its a rare to see a main-frame 8 that scores over 140! Incredible buck! 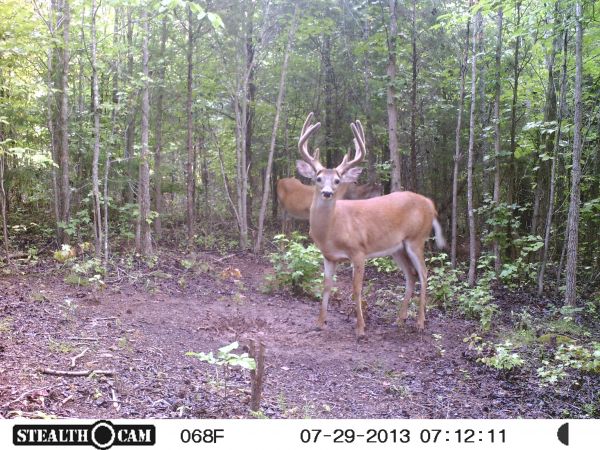 These fellas have been coming in to my Lucky Buck mineral site consistently all summer. I'm praying they show up Saturday morning!!! 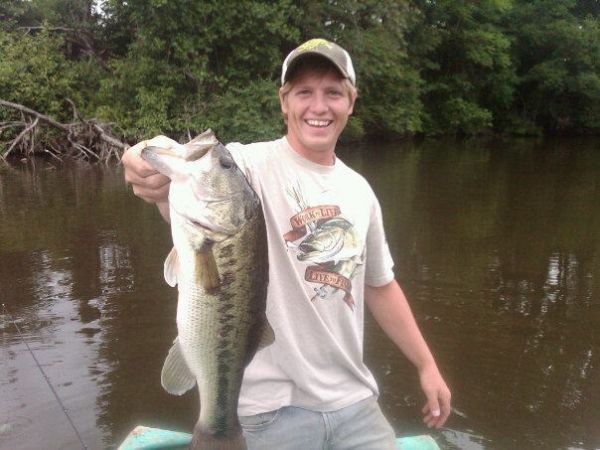 I landed this healthy fish at Lake Reese near Asheboro in the spring on 2012. It was around 2 pm right after a heavy rain had passed through. My younger brother David was with me and we both started hollering when this pig exploded out of the water right next to the boat! It was an awesome fight! After netting it and taking the picture I realized I didn't have my scale on the boat :( Any guesses on the weight? 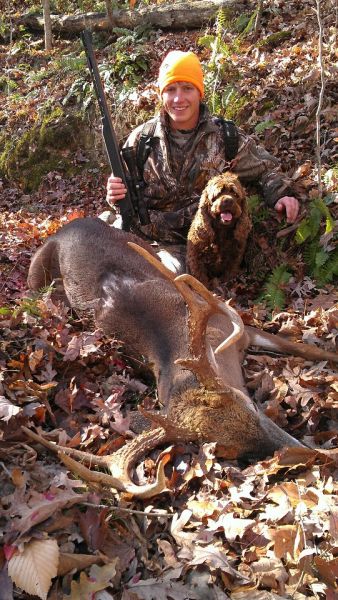 I was a little upset when i found out i had to work in Virginia the week of November 12-17... needless to say I was banking on Saturday the 17th to make up for lost time. By 8:30 am, I had already watched six different rut-crazed bucks cruise by and was really enjoying the action! This fine Randolph county eight pointer was the seventh buck to show himself and it took me one quick glance to realize he was too handsome to pass. This was my first buck with a muzzle loader and the biggest I have killed in thirteen years of hunting on my family's land. 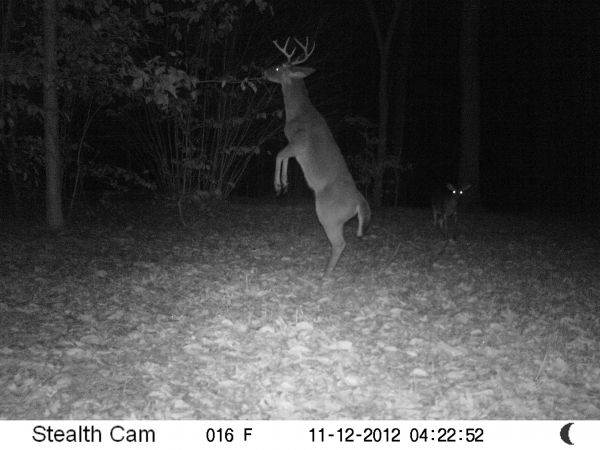 A frisky buck showing off for his lady friend.

Thanks man. That's a fat fish you got from Oak Hollow! That's about 20 minutes from my house so i fish there occasionally. I caught about a 4 pounder there last weekend, also on a jig.

TheIkeYouLike has not filled this section yet.