Randolph County movement in response to a report titled:  Movement 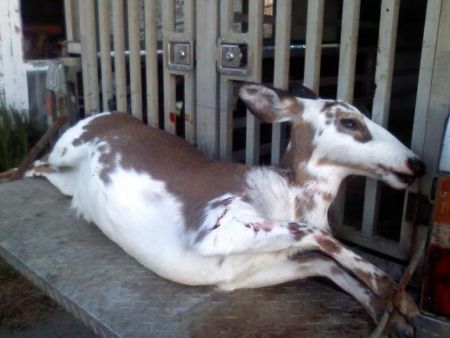 Yeah hunter 4 he had the classic piebald boxer nose, kind of looks like someone hit him in the face with a 2X4. He also had some little short legs. The other didn't have the boxer nose but did have the short legs. Well I know there was also a albino in the area a few years ago but never could get him but he was a big 8 pointer. He would come out from a bedding area I was hunting that was boarded one side by a gully, on another side was a house, the third by a road, and the fourth by mine and my brothers deerstands. I saw him three times and he would walk up a logging road right past the house. Being the responsible hunter I am had to let him walk. All them piebalds have came out of the same thicket, so wonder if it could be part of his genes. I don't know if the piebald and albino gene are the same does any of ya'll know? Here is a pic of the two does and a pic of a friend of mine that got a piebald 6 pointer on a neighboring property. 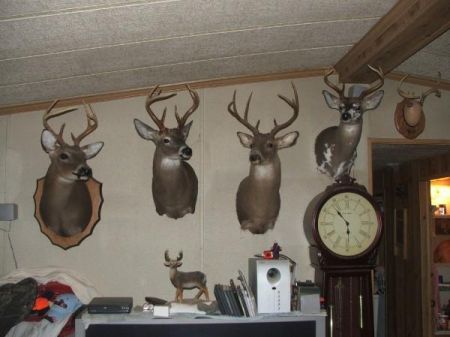 Couldn't figure out how to putmore than one pic in a post. So here's a pic of the first piebald and my other trophy deer I've taken. Let me know what ya'll think. 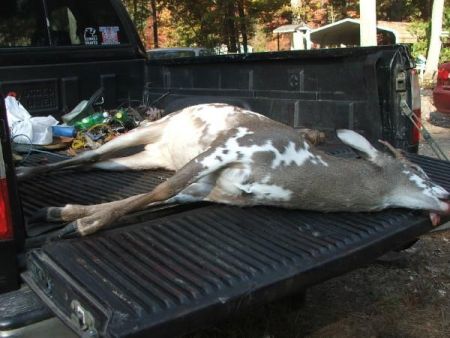 Went hunting the other day and shot this piebald 4 pointer with my crossbow. I was wondering what ya'll think of this buck. So let me know what ya'll think. This also makes the second piebald buck and have also shoot two does in the past 5 years. I know it's a rare trait but is it getting common on my property? Also I know it's not a healthy trait for my deer herd is there anything I can do to control it if it is becoming more common in my herd?

September 26, 2010 at 8:12pm
A comment titled: Randolph County movement in response to a report titled: Movement

Well open morning here in Randoph county was great, seen plenty of deer. Had a nice seven come in at 6:45 and give me a perfect 12 yard broadside shot. Was still dark a little but just enough light to shot. So I took my shot and shot over his back by about two inches becuase in jumped the string. Well I was pretty down that I missed but decide if he would come back but he didn't but a big doe came to the same spot and I drilled her. I dropped her where she stood and had several other deer including the seven watching here ranging from 20 to 30 yards after I shot and they scattered. The seven came in after he heard her whining but couldn't get another arrow nocked before the other deer blew and ran off.

September 18, 2010 at 8:20pm
A comment titled: Try this in response to a report titled: Deer Activity

You might need to sweeten the pot as the old saying goes. I've found that my buddy's persimmions makes them concentrate in a area a little more. Because deer are like people we may almost all like chocolate but some like nuts with it and others like fruit with it. So just give them a little something that will make them concentrate on your Oak bottom more than others.

Big Buck Hunter Randleman has not filled this section yet.