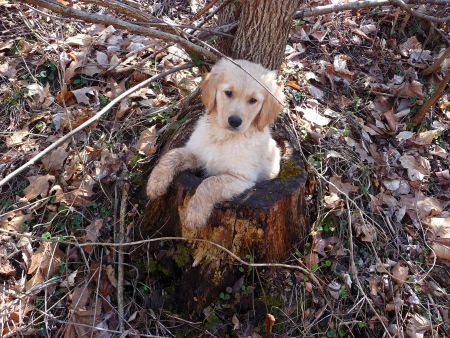 lol in response to a report titled:  8pt

Nikce 8pt that resembles the one GT shot last year but i think hes a year older! 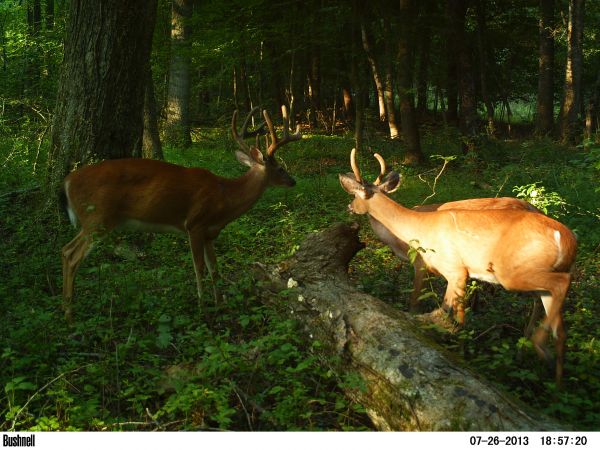 Descent 10pt but i was upset because i can't find my big 9pt or wide 8pt from last year! 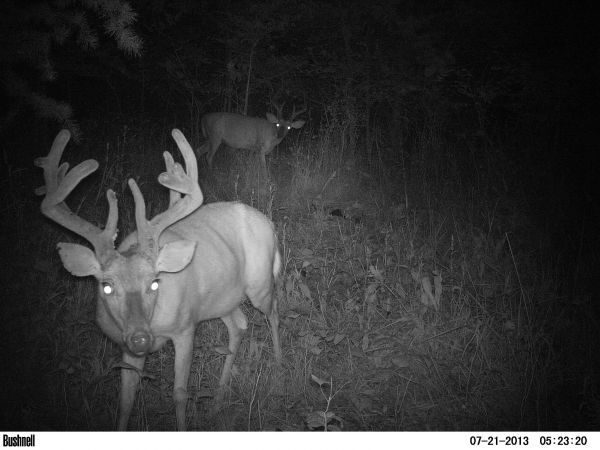 Never seen this deer before but man did he get me pumped!!

In case yall have been wondering about the new pano moultrie i bought 2 of them and i am very pleased with the pic quality but the video is just ok but i absolutely love the pics and you really can't imagine what other cams have missed! 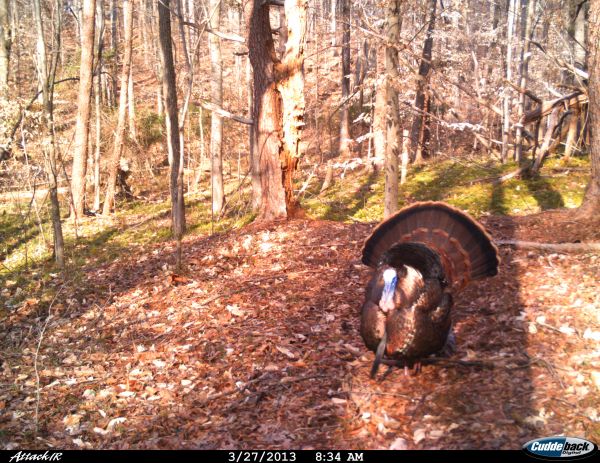 Well had the cuddeback out since feb 2nd and pretty much forgot about it so i went to check it and go figure this is where all my gobblers were showing up lol!

Well, it's official! My buck scored 136 1/8 inches, and I couldn't be happier! We rough scored him at 127 3/5 after a few inches of deductions (on the b&c website) when he first came home from the taxidermist, so, as you can imagine, I was tickled to death when GT came around the corner at the classic and told me that he was hanging up and scored 136 1/8 inches! My first bow buck and my first buck for the record books! Pope & Young, here I come! 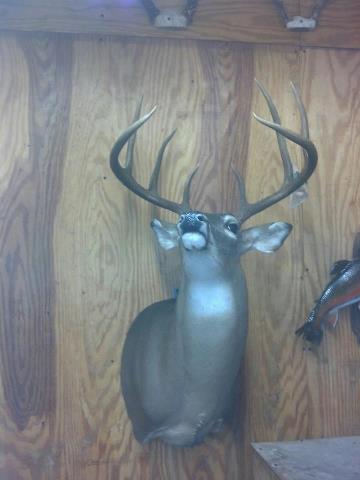 This is my 2012 buck killed in Rockingham county.This was my first buck with a bow and at 42yds i was very proud of my shot even though picking at GT saying i was the man making a perfect at 42yds then later on missing 2 does same eve at 25yds and 30yds lmbo.GT should have been in the tree with me on that sunday eve when i shot him on oct 14th earliest i have ever taken a buck.Thats ok though this year we are setting up a couple of video trees to get both our fat butts in so it better be a big and sturdy tree lol.I don't know about yall but after i killed this deer my sightings went to nothing the rest of the year but could of been me trying to get my good ole buddy GT one and we did.Great season and looking forward to more in the future and ready for turkeys season tooooooo!!! 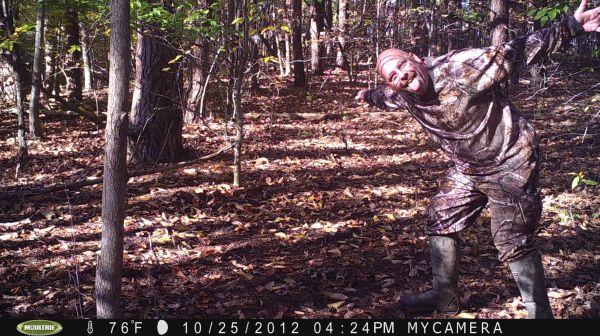 This so called predator has scared some of my deer away i think lmbo!!

Big bodied 8pt with a kicker 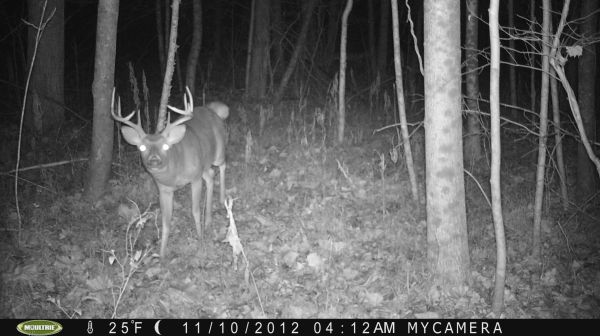 Nice deer coming to my plot but nothing is showing up during shooting light!

I ran out of buck pee of the one i killed so i peed in it myself and look what it made mad bet i will be peeing all over the woods lol!!

This is a nice young looking 8pt but he would be hard to turn down!

Viper you been drinking to much wine lmbo? I said a year older then the one GT shot last year. I'm going try to take me a doe or 2 thus weekend with the cooler weather they should be moving. Yeah Diane I wish u could have come up this weekend too probably be one of the last ones I'll be off with toy season coming in lol.

Yes i will be bringing it to the classic! Its a dry tan he doeswuse liquid! Remember i shot him in oct so he had little over 4 months lol.

Yes i will be bringing it to the classic! Its a dry tan he doeswuse liquid! Remember i shot him in oct so he had little over 4 months lol.

Thanks guys and girls i scored him but i didnt get but 127 but this will be my biggest deer to date and first p&y. I will get it officially scored at the dixie deer classic this year.

December 17, 2012 at 10:14am
A comment titled: turkey hunting in response to a report titled: North Carolina Sportsman 2012 Turkey Season Flashback!!!

I tell ya manley i never really thought bout hunting turkey either until i met GT and man im glad i did because its a rush and i can't wait till turkey lol. Plenty of ole toms around here too u can bet me and GT will be chasing them before to long using the spursuaders!!

December 09, 2012 at 3:00pm
A comment titled: Turkey day in response to a report titled: Dance lessons

This has to be my favorite buck i have seen killed on this site so far this year i love that rack and i know you are tickled to death with him congratulations!!

Maybe Diane can catch up to him this week when she comes up!

Hey tc ur big bucks showing up any in daylight because mine here in Rockingham arent. The only reason i was able to take the one i shot i was in his bedding area. No shooters have really showed back up there since then.

November 11, 2012 at 2:40pm
A comment titled: bad year in response to a report titled: Dance lessons

I tell you they talking bout bad year this year for poults and i believe it because i didn't see many with hens this yr but i have also gotten more pics and vids of turkeys this year then i ever have.

This is probably the coolest video i have ever gotten i love it. Although the turkey one is a close second!!

October 30, 2012 at 10:47pm
A comment titled: bikes in response to a report titled: We get the Wind and My Hometown in West V Looks like this.

I know one spot we could really use a couple bikes lol! Man its beautiful up there!

Hey man what part rockingham you in me and gt hunt the eden reidsville area maybe all us can get up sometime and hunt or just talk hunting.

October 24, 2012 at 2:57pm
A comment titled: beautiful buck in response to a report titled: Skyscraper

Man i hope you get him hes really something to be proud of.

Time to put you a nice buck on the ground now huh?

October 22, 2012 at 3:36pm
A comment titled: happens in response to a report titled: little hunting humour

I cant wait to take my little gracie hunting but good job diane taking time with a kid and showing her some good clean fun!

Great buck looks like a city buck with that sign in the back lol thats where they get to grow that size.