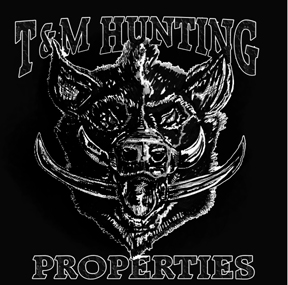 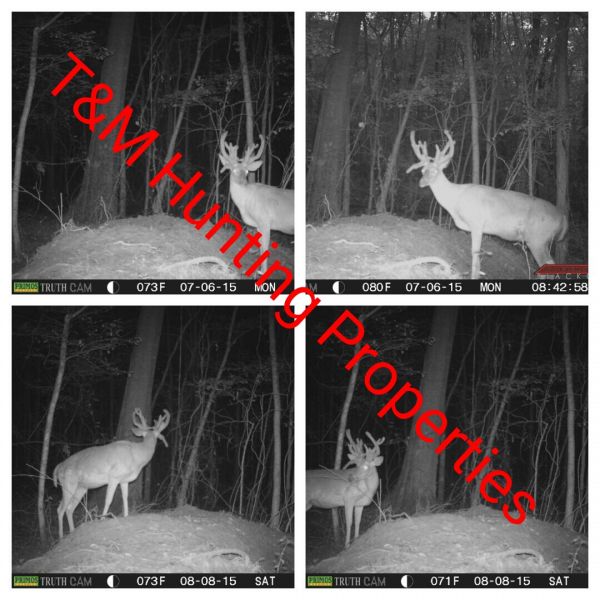 What a freak. He loves his minerals. Hopefully he makes a client happy this year. 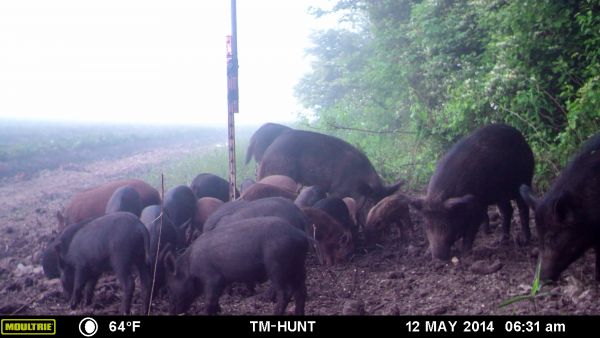 We still have hunts dates available for June and July 2014 and plenty of hogs showing up at the feeders. All of our hunts are conducted at night over lighted feeders. We also have yearly memberships available for $2,800. Please check our website for additional information and pricing. 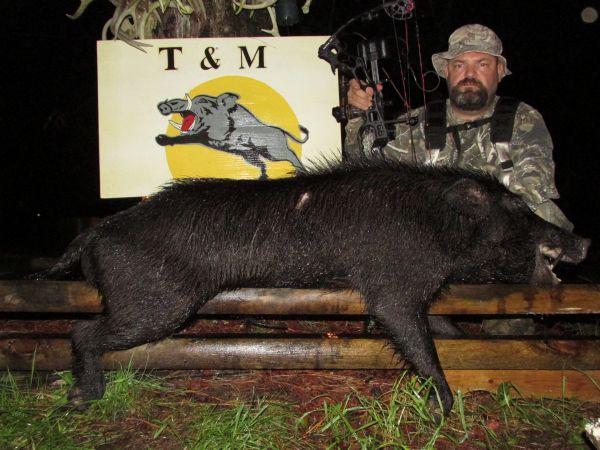 Here's a great boar arrowed by Michael Brook from Charlotte. 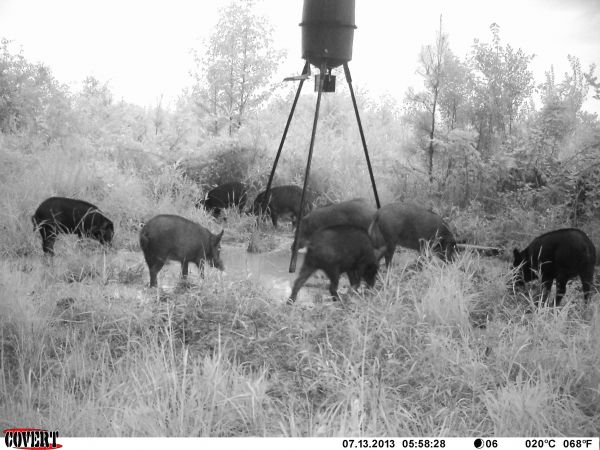 Here are a few recent trail camera pictures we have gotten since the rain has flooded the low grounds and pushed a lot of hogs up to our high ground properties. 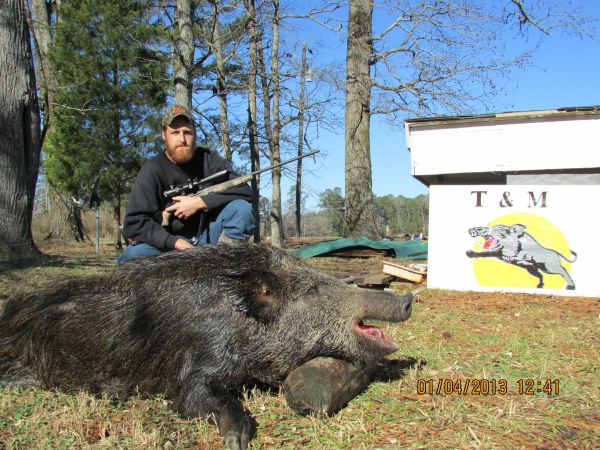 Michael Christopher with his first two hogs. A 120 pound sow and a 220 pound sow. 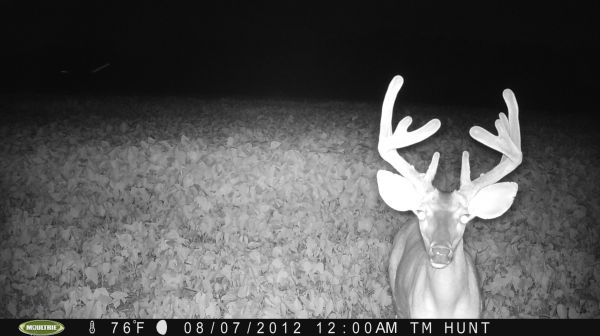 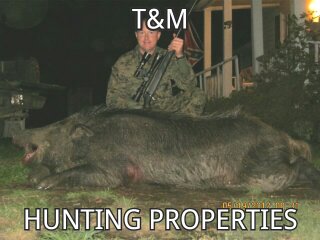 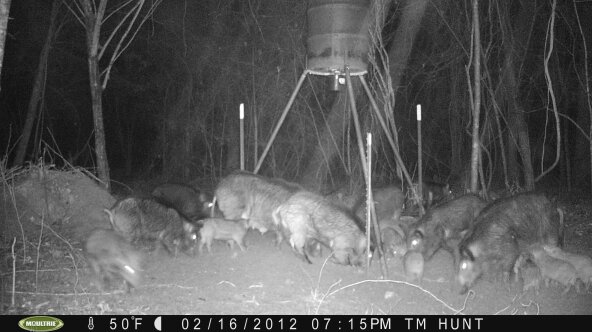 Looks like our herd on this piece of property is pretty healthy for the upcoming summer hunts. 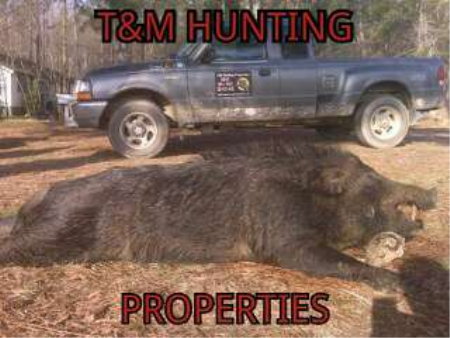 This boar weighed in at 300+ pounds and was killed with one shot from a lever action 30-30. 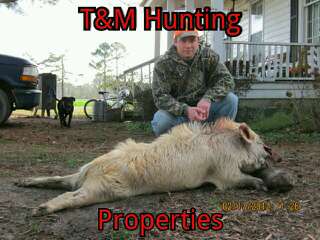 This white boar was killed on a guided hunt with T&M Hunting Properties. The hog weighed 140 pounds and was pure white, not a spot on him. 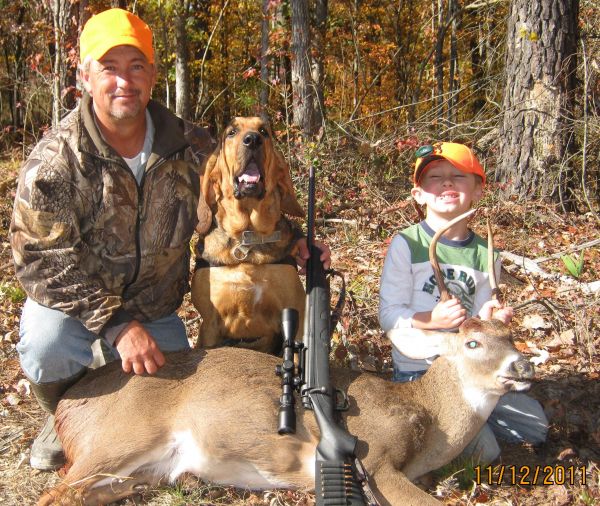 Taylor Sherwood killed this freak cow horn with his .243 at 97 yards. It was Taylors first deer. 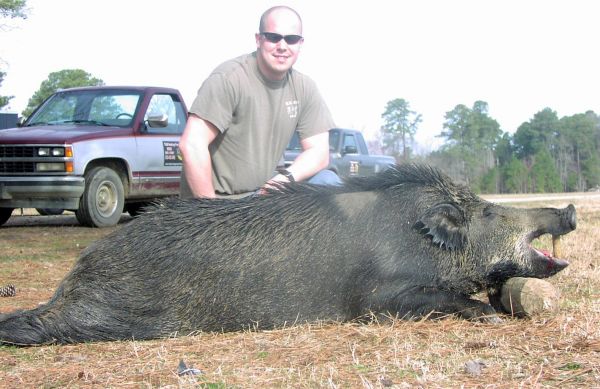 For all of you who were wondering if North Carolina has BIG hogs.....yes we do!!! 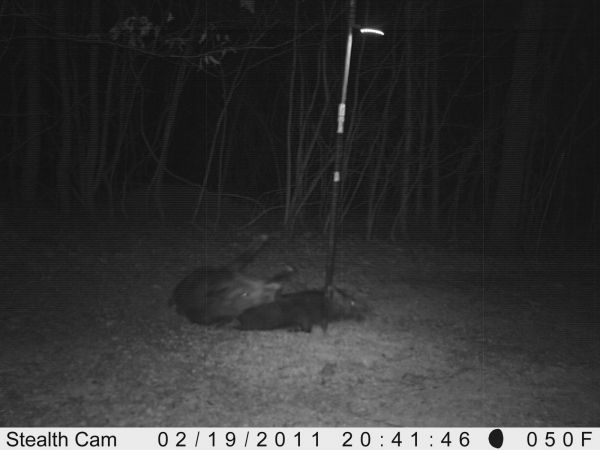 This boar was shot and fell on top of a piglet when he hit the ground. You can see the baby squealing... 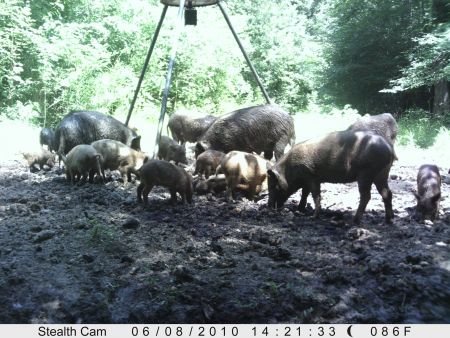