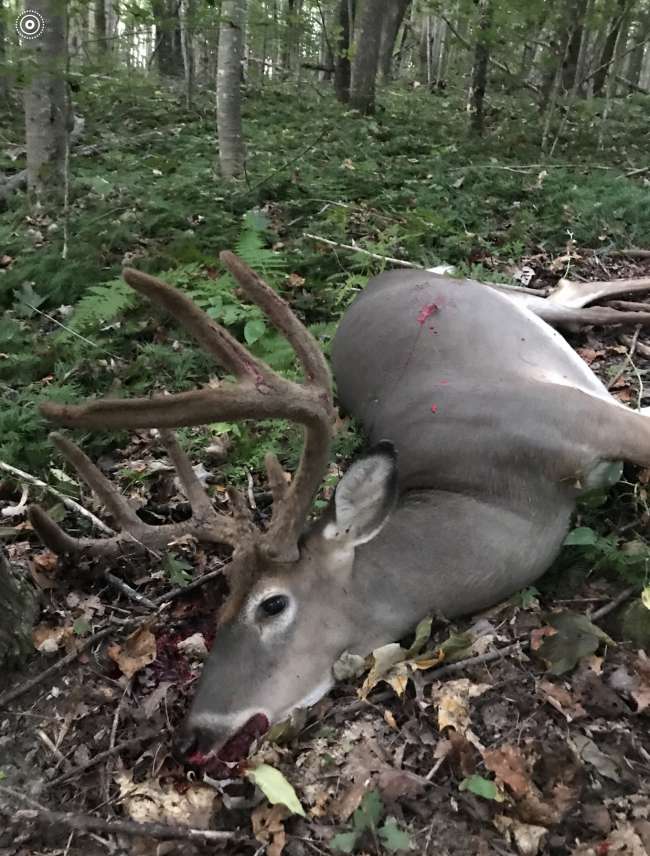 I killed this buck September 7, 2019, opening day of bow season in Surry County, N.C. I had been getting trail cam pics of this buck and another good buck for 2 weeks so I tried to pattern him to see when he was feeding. He had been coming in late in evenings at dark but he stopped for few days. The week before season opened he starting hitting my bait early in morning so I decided to try and slip in opening morning to my stand without bumping him . He showed up about 7:00 a.m. I knew he was the one I had been watching so I took a 21 yard shot with my crossbow and I heard him crash about 50 yards down hill. All my hard work had finally paid off.