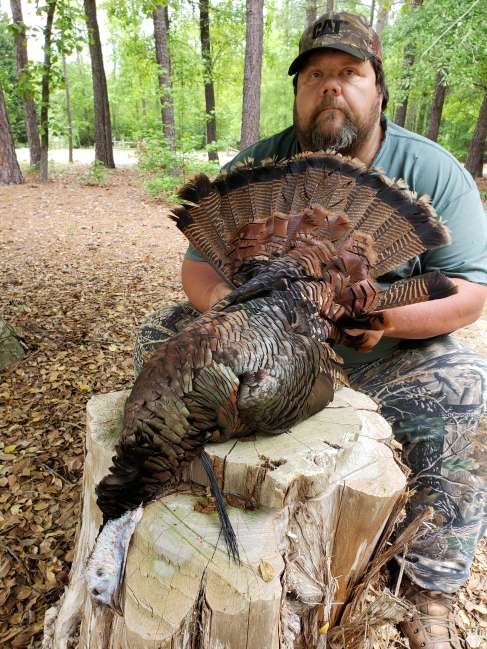 Sunday morning May 6th in the northern part of Harnett County was bittersweet for the husband and wife team of Al and Tammy Truelove. There was a hen with a beard they had been watching for the last 11 or 12 years. She was always on camera, always the first the disappear during breeding season and the first to reappear with little ones. Pictures don't lie, she was probably 12 to 14 years old. Old for a turkey! The morning began before daybreak as Tammy tells the story. We got in our place and set up. Al told me to go along the edge of the cutover and see if I could get the big gobbler we had been after. Just my luck, he had floated a lot closer than usual and I watched him fly down and walk in the woods. Too far to take a shot. Im texted Al and told what happened, he told me to come on out. I went back and we sat for a while. We watched 5 jakes and a couple of hens here and there, saw a few deer. We were thinking about coming on out and all of sudden Al says there's a turkey. Then another one showed up. They were dusting not 25 steps from us. One stood up and he says she has a beard! I couldn't move, he raised his gun as she looked away and then he shot. I went and picked her up and brought her back. It was her, the old lady. I thought we would both be in tears. No more seeing her, having pictures of her, wondering about her. Sad, bittersweet, but then again we won't have to wonder what happened to her. Thanks for the memories old girl.

This is actually the second bearded hen he has taken. The first one was just 3 years ago. Her beard was 7 1/2 inches. The one with him is the old lady, her beard is 8 3/4. We are in the process of having her certified with the NWTF.
Now its my turn! Tammy
Reply 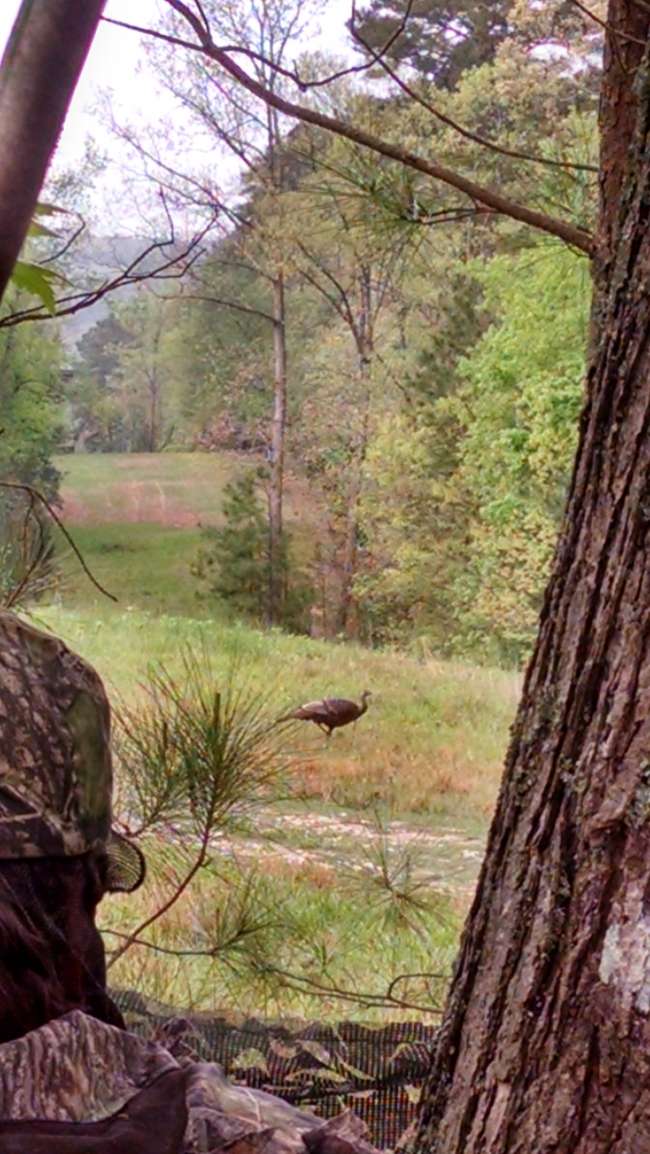 Should have said roosted
Should have been I texted
This thing types whatever it wants too.
This is the first bearded hen he got back in 2015, taken hair before he shot.
Reply