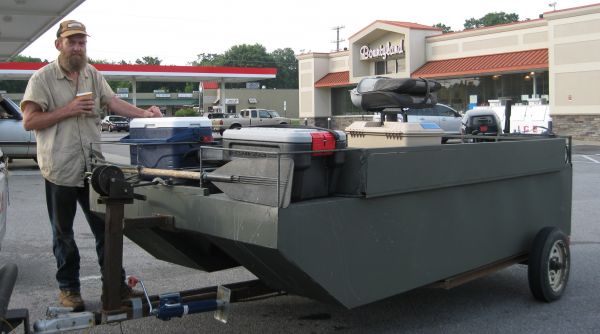 Jerry Justus stopped off for some coffee and ice before he headed to Lake Keowee in his “mini
pontoon” that he built himself.

Justus runs a welding shop, and he said, “I wanted something that I really wanted.” So he built a boat that fitted him and it fishes great.

“You won’t believe how stable it is,” Justus said. “It doesn’t matter how rough it gets. The boat just bobs up and down in the waves.”

Justus said that he is still not finished working on the boat, but for now, he is going fishing.

Brian Cope
That's an awesome looking boat! You should have gotten him to take you for a spin Teach!
Reply