Biden says you only need 2 shots!

Biden says if you hear something go outside and shoot twice with your double barrel. It will scare criminals off! Seems to me the criminal would know you need to reload and would charge you!
I can't believe he laughs, before he answers all questions! It wouldn't be a laughing matter. If he ever had to defend himself!
I like what this woman says. The law only affects law abiding citizens. Gun free zones shouldn't be allowed. If you are trained, and have a permit to carry. You may save lives! Criminals shouldn't have any safe place to go on a terror rampage. It should be in the back of their mind. Someone in here may be packing! The cowards wouldn't feel so safe and wouldn't be so arrogant! Biden acts like we need them to make decisions for us. The way they are trying to do their own people. Makes me worry, some other country will be bold enough to attack the land of the sheep! Then, your double barrel will get really hot, while doing the Red Dawn. ;)
We never know what the future will bring. I want to be packing, either way! Got me two more pistol permits last week! The sheriff said the background check gave him no reason to keep them from me!
Reply 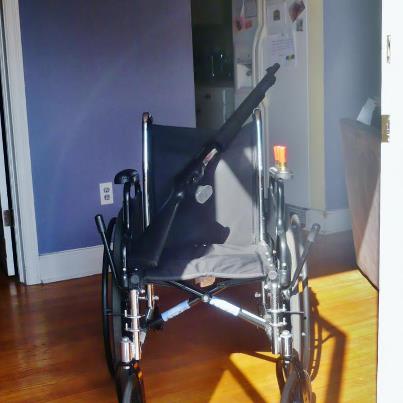 Today I swung my front door wide open and placed my Stevens 320 right in the doorway. I gave it 5 shells, and noticing that it had no legs, even placed it in a wheelchair to help it get around. I then left it alone and went about my business. While I was gone, the mailman delivered my mail, the neighbor boy across the street crossed the yard twice, a girl walked her dog down the street, and quite a few cars stopped at the stop sign right in front of our house. After about an hour, I checked on the gun. It was still sitting there in the wheelchair, right where I had left it. It hadn’t rolled itself outside. It certainly hadn’t killed anyone, even with the numerous opportunities it had been presented to do so. In fact, it hadn’t even loaded itself. Well you can imagine my surprise, with all the media hype about how dangerous guns are and how they kill people. Either the media is wrong, and it’s the misuse of guns by PEOPLE that kills people, or I'm in possession of the laziest gun in the world. Alright, well I’m off to check on my spoons. I hear they’re making people fat.
(This is meant to make a point, not to be a literal representation of events. No gun was actually left unattended, just as no spoons were actually checked on. If you cannot grasp this, then you are more dense than the metal the gun is made from!!! That's what I would tell them!!!
Reply 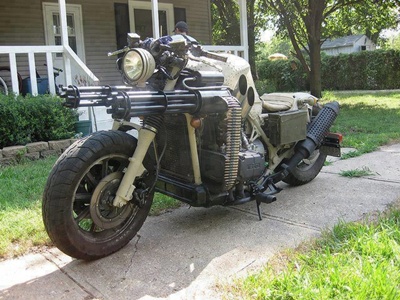 take away these rights? Come on this is what America was founded on. Biden ordered one with a double barrel strapped on the front. This is much cooler!
Reply