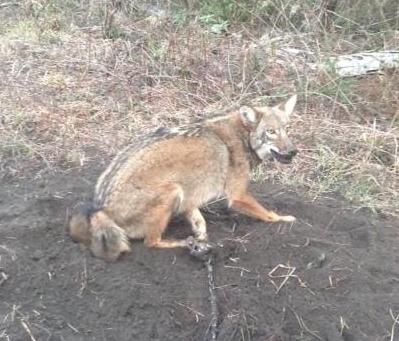 Deer season is over, but that doesn't mean managing the deer herd is. One of the best ways to do that in South Carolina is to thin the numbers of coyotes that, according to SCDNR biologist Charles Ruth, is responsible for the majority of deer fawn kills each year.

Sumter's Tracy Leviner and Chris Warren of Big Country Outfitters have been doing their share by trapping these non-native predators throughout the midlands.

Coyotes aren't the only predators falling for the traps, but Leviner and Warren continue to catch plenty of them. On a late January morning, the duo caught three coyotes, and they have recorded multiple catches on other days as well.

Warren said the primary reason for their success is that the land they are trapping just hasn't been trapped before. 'It goes to show just how many coyotes are out there. Most people never see them, so they assume there just aren't any coyotes there. Trapping really opens people's eyes to what is on their land,' he said.